When Renata Mauriz joined her mom in New Jersey at age twelve, the undocumented immigrant from Brazil wasn’t even allowed to ride a bike for fear of having to see a doctor, which, her mother feared, could get the family sent back to South America. 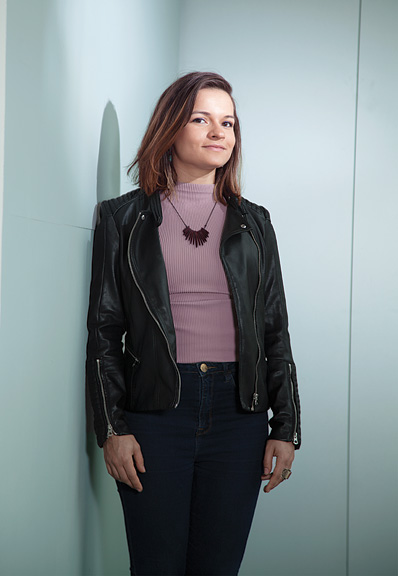 Yet Mauriz says she’s lucky compared to her undocumented peers.“Being a light-skinned undocumented immigrant I am less targeted.” She can also pass for a citizen because, though she knew no English when she arrived in the United States, she now has no trace of an accent.

After high school Mauriz worked multiple jobs, which, thanks to a work permit through the DACA (Deferred Action for Childhood Arrivals) program, paid minimum wage or more. As a result, she could afford her local community college, even though, as an undocumented New Jersey resident, her tuition was three times higher than it was for citizens. She immediately used her privilege to help others, successfully getting a state law passed  to close that tuition disparity and helping to create a scholarship at her college for undocumented students. Meanwhile, her academics were good enough to earn her a prestigious $40,000-a-year Jack Kent Cooke national scholarship.

After she transferred to Brown, Mauriz promptly revived the defunct Immigrant Rights Coalition. Just two semesters later, the group got the University administration to overhaul the way it dealt with undocumented students, charging the same tuition and providing the same financial assistance offered to citizens, plus additional supports.

“Renata is one of the most impressive people that I’ve met,” says Joshua Segui, director of the Brown Center for Students of Color. Mauriz begs to differ. “I know that I’m often seen as this exceptional undocumented immigrant who’s been able to fight the obstacles and achieve,” she says. “I work hard, but I don’t think I’m exceptional. I think I am the exception. Most undocumented immigrants are not given the opportunities that I’ve had.” She mentions teachers and professors who have helped her, as well as such community organizations as New Jersey’s Wind in the Spirit, an immigrant rights group that showed her she was not alone. And although Mauriz apparently spearheaded all the campaigns listed above, “I don’t want to say that, I don’t want to take credit for it like that,” she insists, noting that there are many roles taken on by others, some more visible, but all important.

Last summer, a Noah Krieger Internship Award allowed Mauriz to pursue an unpaid internship at the National Immigration Law Center in Los Angeles. After she graduates in December, she hopes to gain more policy experience before applying to law schools. After trying to help community members undergoing deportation, she says, “I’ve seen how a law degree could be a powerful tool to maximize my impact.”

Since President Trump’s election and the subsequent crackdown on illegal immigration, Mauriz says she has become Brown’s unofficial contact person for frightened students and DACA staff. She says her focus is on educating people about their rights and encouraging them to make emergency plans.

But Mauriz doesn’t have one herself. She’s too busy helping others. “I think my emergency plan is to communicate with other advocates and trust that they would do their best to advocate for me,” she says.

Reader Responses to The Advocate