Brad Krevor decided to give up smoking when he came to Brown as a freshman, but within a week he'd broken down and bought a pack of Marlboros. He was hooked for the next fifteen years. 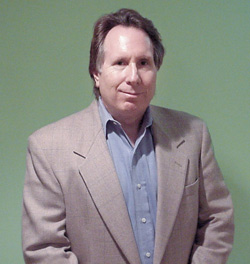 When Krevor finally quit for good, he started teaching a program on how to quite smoking, and he later became executive director of the Tobacco Control Resource Center, which worked with state attorneys general in the legal assault against big tobacco. He also worked with them to stop retailers from selling cigarette to kids.

While advocating for stronger enforcement of laws against underage sales, he learned that harsher penalties against stores and clerks didn't seem to be fixing the problem. The underlying problem, he found, was store clerks who were poorly trained and supervised, who were afraid of confrontation, or who were simply not paying attention.

To reduce underage sales, in 2002 Krevor startedÊ the Responsible Retailing Forum, a joint project of Brandeis, where he is now a senior research associate in the Schneider Institute for Health Policy, and Florida State. In doing so, Krevor has accomplished a significant feat: he's put antismoking activists in the same room with the people who make, distribute, and sell cigarettes and alcohol.

When he first started the forum, neither side wanted to talk to the other. "We couldn't even get people in the room together without kicking and screaming," Krevor recalls. By contrast this year's forum brought together the Philip Morris tobacco company, all the major beer brewers, such retail giants as Wal-Mart and Exxon Mobil, and advocacy groups like Mothers Against Drunk Driving. All of them sat down to talk with academics, public-health experts, state attorneys general, and representatives from regulatory and enforcement agencies.

It's the only way to get things done, Krevor believes: "The retailer has a personal and economic relationship with the distributors. If we want retailers to learn new behavior, we can't cut out the distributors and the producers."

Krevor points out that while retailers process thousands of transactions a month, state enforcers will inspect a given store only once or twice a year. He says a more effective deterrent is to hire store clerks who have both the math and reading skills necessary to inspect driver's licenses and a desire to obey the law. The right tools are also important. Krevor points to special calendars that can help clerks do age calculations. To recognize fake ids, stores can buy scanners that read the bar codes on the back of driver's licenses. But Krevor has discovered that many clerks simply don't use the scanners. "Purchasing these devices will not solve the problem," he has found. "People have to be trained."

And if managers hire clerks who don't care, even the best tools are a waste of money.