Paige Rien may be twice bitten, but she sure isn’t shy. “I’m a total ham,” jokes the designer for HGTV’s top-ranked show, Hidden Potential. 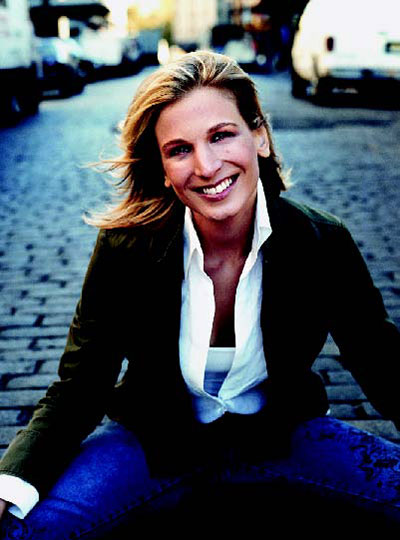 The home-renovation bug first bit Rien in 2001, when she and her husband-to-be bought a wreck of a house in Washington, D.C.’s popular Cleveland Circle neighborhood. “I’m not talking about a fixer-upper,” says Rien (who pronounces her last name Ryan). “You could drive a Buick through the first floor from all the termite damage. The house smelled so bad most buyers wouldn’t go inside.”

Rien loved architecture—she’d concentrated in urban studies at Brown—but her work experience was in finance and with an Internet start-up. She knew nothing about power tools. Nonetheless, her fiancé persuaded her that the house was a good investment. “I figured I’d lie on the couch looking at paint samples while he did the work,” she says. It turned out the only way they could afford the look she wanted was for her to start hammering.

Renovating houses “becomes very addictive,” she says. So much so, in fact, that once that first house was done, she and her husband bought what she calls “another stinker.” “We fixed that up, got bored, and moved on again,” renting out their properties as they went and giving up their jobs for a life in construction. Then the couple hit the wall (so to speak): they took on a 120-year-old former boardinghouse that needed a total overhaul. “It almost killed us,” Rien says, laughing mournfully as she recalls months of washing dishes in the bathtub and sleeping in the unheated house in her winter coat.

The couple decided to take a break. Rien auditioned for a job on the HGTV show Curb Appeal and got it. “That’s when I got bitten by another kind of bug—the TV bug,” she admits a little sheepishly. The six-foot-tall former Brown basketball player found herself on QVC, hawking jewelry in the middle of the night. “My business background actually came in handy,” she says. “It’s just sales in front of a camera!”

Rien’s current Hidden Potential gig uses both her on-air charisma and her renovation savvy. In each episode she accompanies potential buyers as they check out three properties—each of which needs a lot of vision and varying degrees of work. She draws up three sets of plans, staying within the buyers’ budget. Then they all return to the houses, where Rien flips open her laptop to reveal the house transformed. After the buyers debate the pros and cons of each renovation, they pick a house (there’s no obligation to buy, Rien says).

“I try to bring my do-it-yourselfer, extremely frugal approach to each job,” Rien says. Since the show is produced in New York City, the first season was shot in the metropolitan area—“$700,000 houses with an electric power plant out back,” she laments. Subsequent shows have featured $115,000–170,000 ranches in Gary, Indiana; a trio of Chicago townhouses; and a couple of “very old” houses on Maryland’s Eastern Shore. The environmentally minded Rien is planning an upcoming show on a green renovation, and another about a pregnant buyer who “has nine months to make a big change.”

In this latter show, Rien will use TV to prepare herself for reality. She is having a baby in January, and she and her husband are thinking about ditching their current Manhattan apartment life for yet another house renovation. “With a newborn, will I be able to wield a nail gun?” Rien wonders. —c.b.h.