When Jaykumar Menon ’90 met David Wong in 2000, Wong was an undocumented Chinese immigrant serving twenty-five years to life in a New York State prison for murdering a fellow inmate in 1987, and Menon was a newly minted lawyer. Not only was Wong his first case ever, but the prisoner had been researching his appeal in the prison library for more than a decade. “He knew more about criminal law than I did,” Menon says. 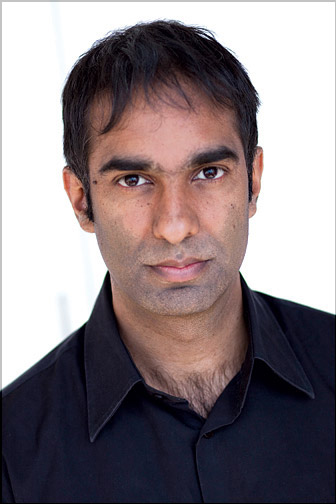 Courtesy Jaykumar Menon
In December 2004, Menon obtained what fourteen lawyers before him—including famed defense attorney William Kunstler—could not: Wong’s freedom. Working doggedly with a private detective, Menon tracked down witnesses who admitted to him they had been intimidated into testifying falsely against Wong. At a 2003 hearing, nine inmates, six of whom had seen the killing, swore that Wong was innocent. Three of the nine identified the killer. One of them cried. Faced with a shattered case, the district attorney filed a motion to dismiss the seventeen-year-old charges.

Menon did not begin practicing law immediately after graduating from Columbia Law School. Instead, he started Picture Marketing, an Internet business whose software enabled companies to share photos at social media sites. Menon grew the company into a seven-figure success before deciding he wanted to do more with his life than make money. “I wanted to help the world be more just,” he says.

In 1999, he took a $42,000-a-year job at the Center for Constitutional Rights in New York City, where, in addition to working on Wong’s case, he sued Royal Dutch Shell for environmental degradation and human rights violations in Nigeria. He has also represented student leaders from Tiananmen Square in a human rights suit against the former premier of China and was part of a trial team that in 2000 won a $4.5 billion judgment on behalf of victims of the Bosnian genocide.

Now an adjunct law professor at McGill University, in Montreal, Menon works with G20, an association of the world’s twenty leading economies, and the World Hunger Fund on an X-Prize-style competition to get individuals and groups to tackle major social problems. But the project that excites him most is a new nonprofit that will look into suspected wrongful convictions in which there is not enough DNA evidence to prove innocence. It will go beyond the approach of the well-known Innocence Project, which needs DNA tests to free falsely convicted prisoners.

Without DNA, Menon’s project will rely on relentless old-fashioned detective work, the kind that helped him exonerate Wong. The key will be using the Internet to crowd-source wrongful convictions with such digital tools as social media and digital marketing. Menon calls it “exoneration 2.0.” With tens of thousands of inmates claiming they’re innocent, Menon wants to take the data in each of these cases and “compile them and index them online, so every journalism school in the country can go through them,” he says.

As for David Wong, he was deported back to China in 2005. “We asked him: If you get out of prison, you might have to leave the United States and go back to China,” Menon explains. “He said, ‘No question. I’d rather be free anywhere on the earth.’”