On December 6 rabbi Ayelet Cohen’s phone was ringing off the hook. The rabbis who interpret Jewish law for the Conservative movement had just voted on whether to lift the movement’s ban on gay rabbis and same-sex commitment ceremonies. As a rabbi at Beth Simchat Torah, the New York City congregation that is the world’s largest synagogue built by and for the gay, lesbian, bisexual, and transgendered community, Cohen had been a vocal part of the debate for years.

The panel voted to pass three separate and contradictory position papers on the inclusion of gays and lesbians in Conservative Jewish life. One allows the ordination of gay rabbis and the performance of same-sex commitment ceremonies, while two do not. It’s now up to individual rabbis and congregations to decide which paper to follow. (The previous Conservative position condoned neither gay rabbis nor same-sex commitment ceremonies were condoned.) 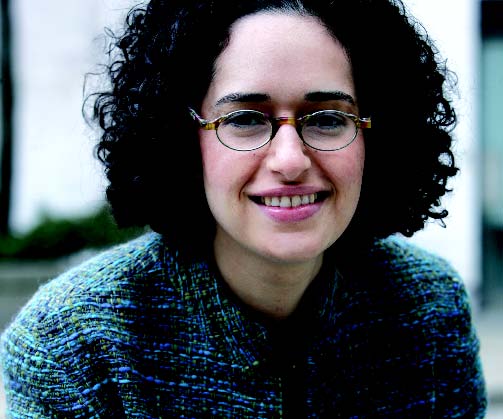 “There’s been some significant change,” says Cohen. “But the committee missed an opportunity to demonstrate real moral leadership. They don’t see that sexual diversity is part of God’s creation.”

Cohen’s disappointment was not surprising, considering her longstanding activism on feminist and gay issues. While a student at the Jewish Theological Seminary, which she entered in 1997, she agitated for including more women teachers at the seminary and more women writers and thinkers in the curriculum. Although she is heterosexual, she assembled Keshet (“rainbow” in Hebrew), a committee of classmates who called for full acceptance of gays and lesbians in Judaism.

In 2005, three years after she was ordained, Cohen came under fire from the Conservative rabbinical association. Although Conservative officials said that Cohen had failed to file important papers on time, Cohen believes she was being punished for officiating at same-sex wedding ceremonies.

The year Cohen arrived at Brown, 1992, was also the year Conservative rabbis first voted to ban gay Jews from participating in many aspects of religious life, including attendance at Seminary. At Brown, Cohen helped form BGLAL, a gay Jewish group, and establish Jewish Women’s Week. She also became active at Brown/RISD Hillel, where, she says, “a real and profound commitment to social justice was inseparable from living a Jewish life.”

Cohen began as a rabbinic intern at Congregation Beth Simchat Torah during the fourth of her five years at the Jewish Theological Seminary. She was inspired, she says, by the congregation and its charismatic senior rabbi, Sharon Kleinbaum. Cohen joined the temple as its junior rabbi in 2002, wanting to reform the Conservative movement from within. “To be a part of a real and authentic progressive religious voice in this world right now is incredibly important,” she says. —beth schwartzapfel ’01