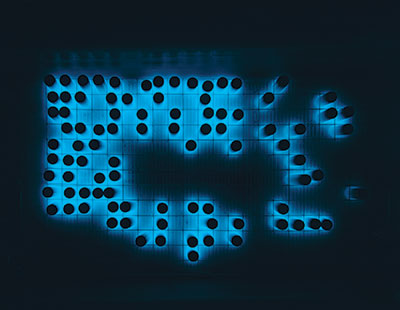 Taryn Simon ’97 photographs things the rest of us will never get to see—like these capsules containing radioactive cesium and strontium at the Hanford nuclear-waste storage facility in Washington state. In an interview on Charlie Rose this spring, Simon said the image’s similarity to the shape of the United States was what captivated her. Her formal large-format portraits of curiosities and well-kept secrets are on display at the Whitney Museum in New York City through June 24; they’ve also been published as a book, An American Index of the Hidden and Unfamiliar. Simon writes that the nuclear facility’s 1,936 stainless steel capsules hold more than 120 million curies of radioactivity—the most under one roof in the country. Jonathan Schmitt ’98 and Althea Wasow ’96 helped produce and write the book.