It can’t be easy when your job description involves saving the world. 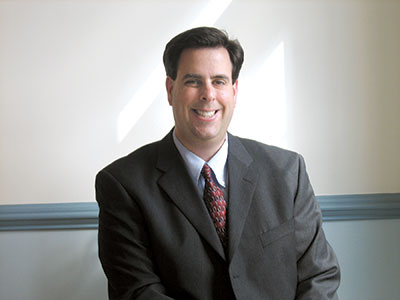 But that’s pretty much what Jeremy Symons is charged with doing as executive director of the National Wildlife Federation’s Global Warming Campaign. His focus is rallying the public and lobbying Congress to do something to stop climate change before it’s too late. With some scientists saying we have only around ten years to act, Symons’s success may be critical to preventing a global catastrophe. Says Symons, “The window of opportunity for us to act is closing.”

Just five years ago, Symons, an ardent environmentalist who concentrated at Brown in environmental studies and public policy, was working for the Bush administration, of all places. What’s more, as a senior EPA policy advisor, he was appointed a member of Vice President Dick Cheney’s Energy Task Force working group, which critics later lambasted as little more than a shill for the oil and coal industries. Symons says he stayed on at the EPA after serving in the Clinton administration because he thought President Bush would make good on his campaign promise to reduce carbon dioxide emissions, which are thought to be a significant cause of global warming.

But then Bush decided not to pursue this commitment, “It became crystal clear to me that this administration had no intention of doing anything positive about global warming,” Symons says. As for the vice president’s task force, its members “were looking backwards at this country’s dependence on oil and coal,” Symons says. “I felt that it was up to our elected leaders to look forward.” Three months into the administration, he quit and began working at the National Wildlife Federation.

In 2004, The Hill, an influential Washington, D.C. newspaper, named Symons one of the Capitol’s top nonprofit or grassroots lobbyists. About two years later, he assumed his current position as executive director. Global warming is now the NWF’s number one priority. “It’s the biggest threat to wildlife out there,” he says. The group has some four million members nationwide and annual revenues of $122 million.

Symons’s main focus now is rallying a variety of conservative voting blocks to his cause. He has targeted, in particular, anglers and hunters because, he says, they’re “a hugely influential voting block.” True, they tend to swing Republican and conservative, and they tend to oppose government regulation of industry; but they also, “have strong conservation values,” says Symons. Plus anglers and hunters are seeing the effects of global warming first-hand. “If you were someone who goes hunting the first Monday after Thanksgiving year after year,” Symons says, “you have seen it change from a long-john activity to one you do in a t-shirt.”

Another group he hopes to rally are Christian evangelists. Again, they are traditionally conservative and Republican and sometimes seem willing to disregard scientific evidence if it does not accord with their beliefs. But, Symons says, “It becomes a values issue for them. They have a really strong commitment to caring for God’s creation.” And even if they don’t believe what scientists say about global warming, Symons says “seeing is believing in this case.” Evangelicals know something’s wrong because the weather seems so erratic.

Symons denies he is trying to pick off critical Republican interest groups and move them in a Democratic direction. “We’re making wildlife conservation a mainstream value and not a Republic or Democratic issue,” he says. “Environmentalists have been typecast as liberals or Democrats. But the heart of conservation has always been bipartisan.”

The success of Al Gore’s An Inconvenient Truth, a renewed Congressional interest in taking action on global warming, and several recent scientific reports declaring conclusively that climate change is being caused by human activity all make Symons hopeful that the destruction of the planet can be averted. “There’s so much evidence on our side right now, finally enough to get this job done,” he said.