When Zohar Atkins decided to read the ancient classics in their original Greek, he signed up for a summer course at the City University of New York. “It packed five semesters of language into a few weeks,” Atkins says. When he returned to Brown in the fall, he enrolled in an advanced classics seminar. “I was able to read Plato’s Phaedrus all in Greek,” he says. “It was a fabulous experience.” 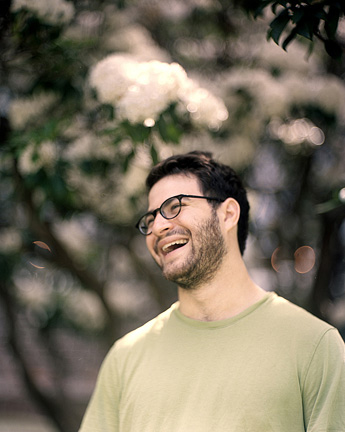 Atkins hopes to one day become a scholar and a rabbi, and next year, he’ll begin at Oxford University on a Rhodes Scholarship. Though it’s typical for Rhodes scholars to earn a master’s at Oxford, Zohar plans to earn a PhD in theology, concentrating on the German philosopher Martin Heidegger and the Jewish theologian Franz Rosenzweig.

During his first semester at Brown, Atkins, who grew up in Montclair, New Jersey, took  a course called Good and Evil. “It laid the ground for my intellectual agenda for the next four years,” Atkins says. He says the course triggered his fascination with by the big questions: “What is good? What is evil? Why do bad things happen to good people? Is evil radical or banal?” Four years later, he can say, “The appeal is in realizing the answers to these questions might be murky and the asking of the questions might be the closest we can come to answering any of them.” Understanding this limitation, he says, “might teach that compassion and humility are better than having the answers themselves.”

Atkins also volunteered at the Rhode Island Adult Correctional Institute in Cranston, teaching poetry to male prisoners. For a course he designed on mythology, he asked inmates to read the Bible, Ovid, and the Argentinean writer Jorge Luis Borges. He also asked them to write their own myths.

He says he tried to instill “a belief in the power of language” and create a “space for the prisoners to have creative expression.” He also saw what he was doing as a form of moral instruction.
“One of the things that poetry does on an ethical level,”Atkins says, “is that it doesn’t just let you say what you want to say, but it forces you to say it to another. To consider how your poetry will affect another is the beginning of an ethical consciousness.”