In 2005, having just finished writing for FOx TV's Head Cases, Bridget Carpenter was looking for a new gig. "You've probably never heard of [Head Cases], because it only ran for two episodes," she says. Nevertheless, NBC executives in Los Angeles invited Carpenter to take a look at some of the fall season's new projects to see if she might want to contribute to any of them. 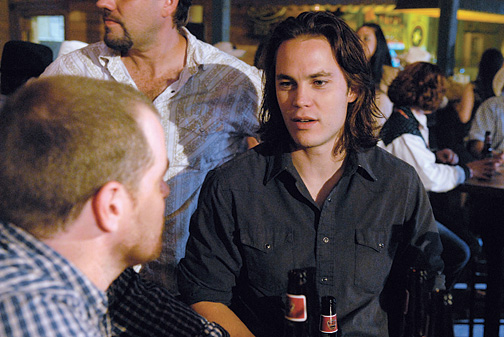 Taylor Kitsch stars in Friday Night Lights as Tim Riggins. the misunderstood rebel.
The first show she watched was Friday Night Lights, a one-hour drama about a small town in Texas obsessed with high school football. By the end of it, Carpenter says, "I was crying like a child. I was like, 'Compose yourself. You'll have to leave the room, and everybody will see you.'" She then marched into an executive's office and said, "This is the show I want to do."

So began Carpenter's five-year stint as a writer and producer for one of television's most critically acclaimed shows. Based on the movie of the same title—which was based on the book of the same title—Friday Night Lights chronicles the often bleak, sometimes joyous lives of the residents of the fictional Dillon, Texas. Football is their life. For all the characters—the coach, his wife, and the players and their girlfriends—the game is their sole escape from an otherwise dreary hardscrabble existence in a run-down, economically depressed town.

Carpenter started out in theater after earning her master's in Brown's playwriting program. She wrote quirky, offbeat plays, mostly realistic and character-driven, but also containing flights of fancy and elements of the surreal. Her 2003 play Up was a dark, funny drama about a man who once flew high above earth in a lawn chair connected to weather balloons. (Carpenter says any resemblance to the 2009 Disney film of the same title was purely "synchronicity.") Fall, which won the prestigious Susan Smith Blackburn Prize, is a coming-of-age story of a fourteen-year-old girl dragged by her parents to a summer camp for swing dancers; it features dream sequences and dance routines. The plays were good enough for Carpenter to earn a Guggenheim Fellowship in 2002.

But she also wanted to try something new. "I thought, 'Well, I know how to write a play; I want to expand my craft,'" she says. She moved back to Los Angeles, her hometown, in 2000, and wrote for Showtime's Dead Like Me. Then came her brief stint at Head Cases and her success at Friday Night Lights. 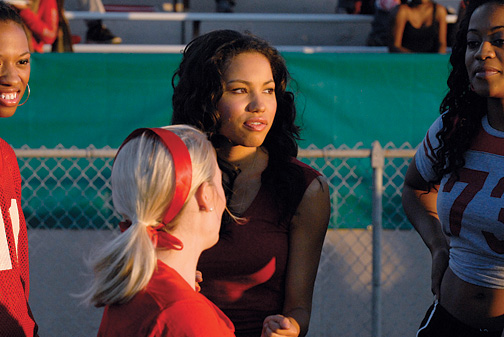 When she took on the project, Carpenter knew little about rural Texas life and wasn't exactly a big football fan. The show's gritty hyperrealism also represented a stylistic departure for her. She says she relied on "pure imagination" and the same principles that guided her as a playwright: "I always just care about the emotion being real. I feel like I want to just believe these characters are real people."

Last July, the show took a major risk—at least in the world of network TV—by having one of the main characters, a beauty queen, undergo an abortion. "For two or three years, I pitched this idea that somebody should get pregnant, because I think that's what happens to teenage girls," Carpenter says. Typically in TV land, a pregnant character goes on to have her baby and everything works out swell. But, Carpenter says, "I wanted to tell the other story and show the situation in all its complexity."

She and the staff were able to get the episode aired by sidestepping the network's bureaucracy, she says: "We didn't ask. We just did it." 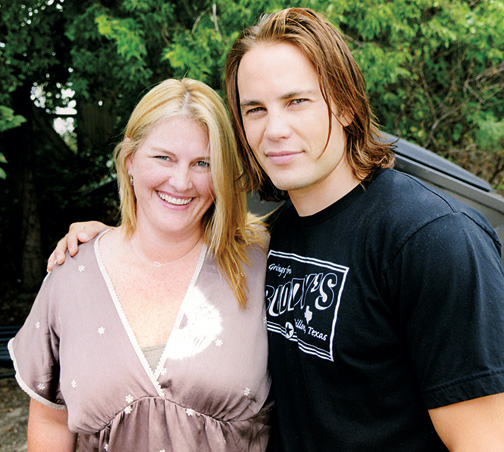 Courtesy Bridget Carpenter
Carpenter on set with Kitsch.
Friday Night Lights is one of several high-quality shows that have prompted critics to declare this a new golden age of television. "I will always be a playwright—I love writing plays," she says, "but at the moment I'm finding the ongoing challenge of TV writing pretty irresistible."

This is the final season for Friday Night Lights. "I'm so sad," Carpenter says. "It was one of the greatest experiences of my life." Nevertheless, she is on to her next project as co–executive producer of the NBC drama Parenthood. She is also adapting her play Fall into a musical and recently signed to write the book for the upcoming Disney musical, Freaky Friday. She wanted to try her hand at musicals, she says, "because every ten years, I like to learn something new."