Annie Keating '92 jokes that her new CD, Water Tower View, was almost called Beats per Minute, because with two young kids and limited free time she had many of her best musical ideas while exercising. 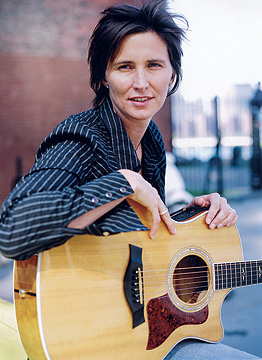 Jeff Fasano
Annie Keating's new CD debuted at number two on the Euro American charts.
"Really, the only time that I write effectively is if I'm at the gym or I'm out running," she says. "Then the ideas come. So I take my iPhone on the elliptical with me and just wait."

Water Tower View, Keating's fourth CD, made its debut at number two on the Euro Americana charts. It's a sure mix of wise and intimate songs with a few flat-out rockers. There's longing, regret, and tangled love in the lyrics, and alongside the guitars you'll find more strings, the occasional accordion, and a fair amount of trombone. Any of these songs would fit nicely in a playlist somewhere between Shawn Colvin and Mary Gauthier.

Keating lives in Brooklyn, but she's originally from Brookline, Massachusetts. "It's funny," she says. "I have a bit of a twang in my songs so people think there's some Southern thing there. It's just too many years of listening to Lucinda Williams."

After arriving at Brown in 1988, she says, she didn't actually play much music: "I met all these interesting, smart, political people, and I thought, 'There's so much wrong with the world and I've got to try and help fix what I can.' So I did social justice work for ten or fifteen years, and I kind of gave up on music. Then, when my first child was born, I was burned out and I wanted to be at home and I really wanted to get back to making music. So it's a little bit of making up for lost time." 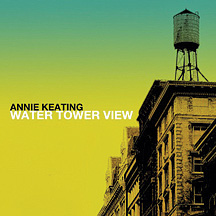 So far the balancing act has worked. "I really feel so lucky. It's kind of the perfect thing if you can afford to do it: being home with your kids and having something creative to do that allows for some flexibility." Her eight-year-old daughter sings backup on the CD's title track.

Keating's career got a big boost in 2008 when BBC 2 radio host Bob Harris had her on his Americana show. Since then she's played festivals in the Netherlands and Scotland and been on bills with John Hiatt, Bon Iver, and Shannon McNally. With the new CD out, Keating is hoping to head back across the Atlantic this summer for a few festivals and a short tour. "Any excuse to go to Europe is a good one," she says.