Save the World. Date Me. 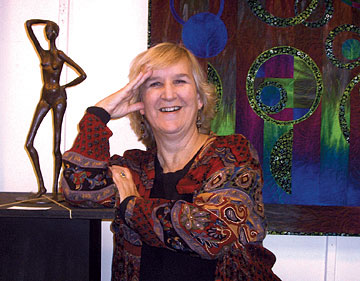 Since 1984, Rodelinde Albrecht '64 has operated Concerned Singles, a dating service in western Massachusetts that specializes in connecting politically progressive and socially conscious singles.

BAM What kinds of people typically use your service?

ALBRECHT Generally, they are educated, intellectually engaged, and creative. They include profes-sionals and craftspeople, teachers and artists, doctors and lawyers, white collar and blue collar. The majority are in their forties to sixties.

BAM Why put such a big emphasis on a couple's politics?

ALBRECHT Weltanschauung is at the very core of who we are, and political ideology is typically based on philosophical viewpoint. Of course, it's possible for people with opposing viewpoints to have a relationship, but building and maintaining a relationship is complicated enough without adding the potential for fundamental disagreement.

BAM Should you talk politics on your first date?

ALBRECHT I don't necessarily recommend that. There are many other things to talk about that will help two people get to know each other.

BAM Do you find that brainy, intellectual types have a tough time sustaining relationships?

ALBRECHT Sometimes. Finding political and philosophical common ground is important, but it's not enough for love. Yes, to build a relationship that lasts, your brain must be engaged, but your heart must be available as well. If you resolutely keep your conversation on an intellectual plane, it's hard to make the heart-and-soul connection that's required for true intimacy.

ALBRECHT I think it can create difficulties. There are examples all over the world of people with different political views being in what appear to be successful relationships. But it has to be difficult if you turn on the TV in the morning and hear something controversial on the news. This might cause you to start your day with an argument.

ALBRECHT In view of my answers above, it may seem inconsistent, but actually I believe any relationship can survive, no matter how great the differences in taste, culture, upbringing, and even philosophy, so long as—and this is the important part—there exists mutual respect for those differences. And that, of course, is the crux of the matter.

BAM So how do you reconcile the inconsistency?

ALBRECHT If the differences are in the realm of the most fundamental parts of our being, it takes a great deal of love and energy to be willing to look beyond those differences and see the common ground. But this can indeed work, provided that the two parties to the relationship realize that they have a common goal, just different ideas about how to achieve it.

For more information, go to http://www.concernedsingles.com.

Reader Responses to Save the World. Date Me.