The Song of Achilles by Madeline Miller ’00, ’01 AM (Ecco/HarperCollins). Long before Facebook made friending a verb, the ancient Greeks took friendship seriously. When Achilles discovered that his beloved Patroclus had been killed, he slew Hector and dragged his battered corpse through the dirt. In the Iliad, Homer gave us the head count, but not the back story. Now Miller, a classicist, spins a novel in which these two boys—one a prince and the other an exile—become friends and even lovers. It’s a page-turner. 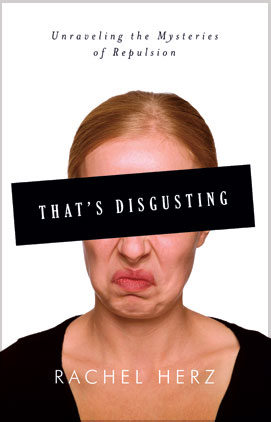 That’s Disgusting: Unraveling the Mysteries of Repulsion by Rachel Herz (Norton). Judging the National Rotten Sneakers Contest, Herz, a Brown psychologist, became fascinated by disgust. It’s the only universal human emotion that requires learning, she argues in this fascinating study of what makes us gag. Having evolved as a protective device (eating rotten things can make you sick), disgust has been a powerful emotional weapon aimed against such social outliers as immigrants, gays, and accused criminals. Herz, who must have a strong stomach, is a vivid writer, so you might not want to read this while eating.

Treasure Island!!! by Sara Levine ’98 PhD (Europa/Tonga). How much harm can a boy’s adventure story do? A lot. Inspired by Robert Louis Stevenson’s classic, our self-centered protagonist pursues what she sees as the book’s core values: boldness! resolution! independence! horn-blowing! She steals $1,000 from the till at work, buys a parrot, dumps her best friend, alienates her boyfriend, and moves back in with her grown sister and parents to disastrous effect. Levine’s swashbuckling tale reminds us that what really takes guts is love.

Sad Monsters: Growling on the Outside, Crying on the Inside by Frank Lesser ’02, illustrated by Willie Real (Plume).

The Heights: Anatomy of a Skyscraper by Kate Ascher ’80 (Penguin Press).

Civic Engagements: The Citizenship Practices of Indian and Vietnamese Immigrants by Caroline B. Brettell ’72 AM, ’78 PhD and Deborah Reed-Danahay (Stanford University Press).

Listening and Longing: Music Lovers in the Age of Barnum by Daniel Cavicchi ’91 AM, ’96 PhD (Wesleyan University Press).

How to Keep Score in Business: Accounting and Financial Analysis for the Non-Accountant (2nd edition) by Robert Follett ’50 (FT Press).

Hell Above Earth: The Incredible True Story of an American WWII Bomber Commander and the Copilot Ordered to Kill Him by Stephen Frater ’78 (St. Martin’s Press).

All This Is Your World: Soviet Tourism at Home and Abroad after Stalin by Anne E. Gorsuch ’82 (Oxford University Press).

For Better or for Work: A Survival Guide for Entrepreneurs and Their Families by Meg Cadoux Hirshberg ’78 (An Inc. Original).

Now That You’re Out: The Challenges and Joys of Living as a Gay Man by Martin Kantor, MD ’54 (Praeger).

Fighting for Our Health: The Epic Battle to Make Health Care a Right in the United States by Richard Kirsch ’74 (Rockefeller Institute Press).

The Doctor Dissected: A Cultural Autopsy of the Burke & Hare Murders by Caroline McCracken-Flesher ’86 AM, ’89 PhD (Oxford University Press).

A Model Discipline: Political Science and the Logic of Representations by David M. Primo ’98, ’98 AM and Kevin A. Clarke (Oxford University Press).

Found It: A Field Guide For Mom Entrepreneurs by Jill Salzman ’00 (Piggot Press).

You Can’t Have My Planet: But Take My Brother, Please by James Mihaley ’84 (Feiwel & Friends).

In Make Your Move, Jon Birger ’90 encourages straight women to go for what they want
Medicine & Health