“The issue of slavery is anything but in the past,” said Associate Professor of History Seth Rockman at a Commencement forum on slavery’s enduring legacy in the United States sponsored by the newly created Center for the Study of Slavery and Justice. He pointed to recent news stories related to the enslavement of African Americans. In February, Emory University’s president ignited a firestorm of criticism when he held up the U.S. Constitution’s Three-Fifths Compromise—which agreed to count only three-fifths of a state’s slave population when allocating seats in the House of Representatives—as a shining example of political conciliation. And it was only this year that Missouri fixed a bureaucratic snafu and ratified the Thirteenth Amendment, outlawing slavery.

Glenn Loury, the Merton P. Stoltz Professor of the Social Sciences, pointed to more pernicious effects of slavery—segregation, the wealth gap between the rich and poor, and the high rate of incarceration among African American men. He bemoaned Americans’ unwillingness to confront their past. “The force of the sense of wrongs done in the past does not seem to be enough to promote policies to remedy the legacy of those wrongs,” he said. 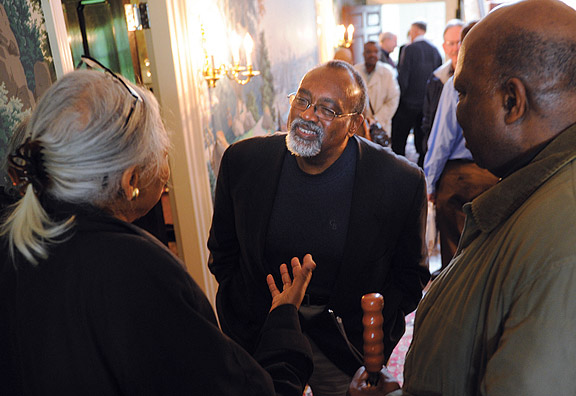 Frank Mullin
What do you think?
See what other readers are saying about this article and add your voice.