I was not very good at youth, as that word is generally understood. I came to college rather grudgingly aware that I might encounter high-spirited pranks and bonhomie, that I would witness the for­mation of lifelong friendships, and stand at the margins, at least, of moments that would stir nostalgia for decades to come. No doubt these things did go on around me. I found shelter from them all in the cocoon of mild anxiety better called my studies. 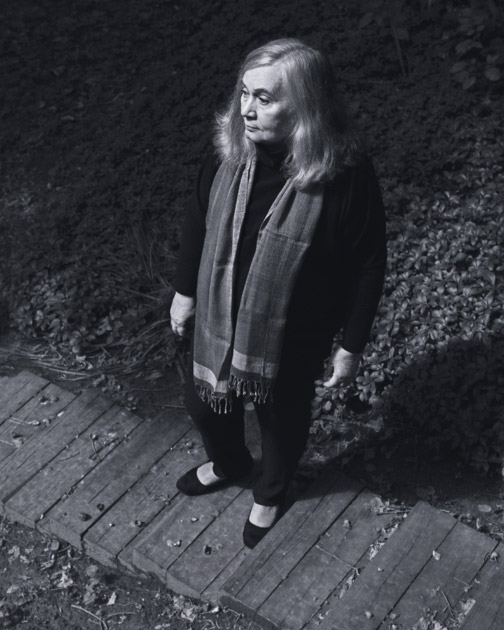 Ryan Pfluger
Marilynne Robinson says her years at Brown provided her with a core of learning and a model for thought.

Two things are true simultaneously—that my years at Brown pro­vided me with a core of learning and a model for thought that have been endlessly fruitful for me, and that those years seemed at the time to have been an unbroken trance of undifferentiated receptivity. To pass is better than to fail: therefore the requirements of a course are to be satisfied. This may not sound especially lofty or aspiring, but it reflected in part a great trust in the institution, in Brown itself. I thought its expectations must be wise and worthy. In retrospect, it seems to me that my youthful credulity on this point was itself a kind of wisdom. It has taken years for my education to fall into place, for me to realize what part of it is still full of value and suggestion and what part is to be criticized and rejected. The interior conversations that have come from this need to appraise have also had great value for me.

The winnowing really began when I was an undergraduate, obliged by my American philosophy professor to read, of all things, Jonathan Edwards’s essay “The Great Christian Doctrine of Original Sin Defended.” As it happened, I was then and had been for some time silently and deeply morose on account of the determinism I was absorbing in my psychology class. In those days, still early in what was called the paperback revolution, a nineteenth-century edi­tion of Edwards’s works was on reserve for the course in the John Hay Library. I went off dutifully to what I expected to be a truly crepuscular reading experience. I found, in a long footnote on moon­light, a conception of being that implied a free play of possibility. For Edwards the freedom is God’s altogether, of course. But to find this leavening of being with what in effect is indeterminacy was an immediate and memorable relief. It was no doubt very young of me to stagger under the burden of one idea and to feel truly rescued by another, but it was a lesson in the importance of ideas that I have never forgotten. It was also a lesson in the potency of metaphor and in the endless contemporaneity of good thought.

My brother David was a senior at Brown during my first year. He was writing an honors thesis with weighty philosophic themes, and he and I walked and walked through the Providence rain and the Provi­dence snow while he thought through his thesis out loud. I had no way in the world to understand anything about its content, but I cer­tainly admired its scale. I had applied to Brown because my brother liked it there. He had been bookish from childhood, and he led me along from a very early age into what might be called the life of the mind. If I had any aspiration, it was to be as smart as he was. I can explain my own course of life in terms of his influence. He, however, eludes explanation. Be that as it may, there he was to continue my initiation into the high seriousness of the world of ideas. Again, it was all very young, quite naïve. On my part, it was another feat of indiscriminate receptivity. But it evoked a very grand cosmos for me to furnish and populate at my leisure.

David had decided years before that I should be a poet. I put some effort into living up to his hopes, then recognized, thank goodness, that my poetry was thoroughly mediocre. My attempts at fiction were also mediocre, and I might have been stalemated altogether if my freshman roommate had not told me that I somehow managed to consider myself a writer though I lacked the courage even to take John Hawkes’s fiction workshop. This was true, I did lack the cour­age, and if she had put the matter another way I might have excused myself from this experience. She was quite right to point out that I would have to justify my claims or else drop them. She was clearly prepared to consider me ridiculous otherwise. So I signed up for the workshop, which is among the best decisions I have ever made, even if the decision was not quite mine. John Hawkes was a wonderful teacher, contemptuous of chaff and deeply pleased by anything he found in the way of wheat. He directed me firmly toward what was best in my own writing. I have tried over the years to do as much for my students. Questions are mooted often about the effectiveness of writing workshops, which I have taught for many years. No doubt they vary in their usefulness, but I can certainly testify to the impor­tance to me of the criticism and encouragement I received from him.

The moral of my life is that there is no way of anticipating the importance any learning might assume. The same philosophy course that brought me to Jonathan Edwards also introduced me, passingly, to Charles Sanders Peirce. On the basis of this very slight acquain­tance I found myself sitting on the bank of the Iowa River reading his Monist essays while I was writing my novel Gilead. I had not thought about Peirce in decades, but I remembered a quality in his voice that seemed to me to refine the voice of my narrator, John Ames. Brown did well by me in giving me this resource to exploit under circum­stances that were, at the time I received it, hardly to be imagined. I would never have thought I could be taking away from the usual small emergencies of assignments, papers, and exams a particu­lar affable and gentlemanly voice—not Josiah Royce, not William James, but exactly C. S. Peirce.

This is a rather odd instance of an ongoing phenomenon, the emergence of some seemingly forgotten detail of my education that becomes a nucleus of associations, precipitating other thinking. I am persuaded that the institutions of learning arose out of profound intuitions about the nature of the mind, specifically that the mind creates relevance out of whatever stores of learning are available to it, if they are generous and of good quality. There is, or was, a particular romance in the encounter between the young and the venerable. For a long time the colleges all seemed to try to look older than they were, Gothic, if possible. Their bell towers and gates and quad­rangles were the monuments of unaging intellect, even though these enclaves were meant to be the country of the young par excellence. That they were indeed for the young seems to me to have been truer when they were slightly anomalous survivals of Renaissance civiliza­tion than now, when they are coerced into responding to the hypo­thetical or momentary demands of our seismic global economy.

More to the point, the generations that created them seem to have understood how powerfully an idea can live in a young mind, a perfect analogy being the special intensity with which such a mind might encounter a poem or a novel. I have come more and more to realize that the trust I placed in Brown was very graciously answered by the trust Brown placed in me. Learn so that you may continue learning, think until you are at home with thought.

Marilynne Robinson’s novels include Housekeeping and Gilead, which earned the Pulitzer Prize for fiction. Her latest novel, Lila, is a finalist for this year’s National Book Award. This essay is reprinted from The Brown Reader: 50 Writers Remember College Hill, published to commemorate the University’s 250th anniversary. 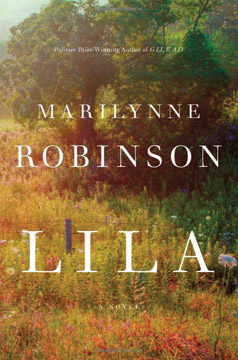 It’s sometimes said that discussing religion is one of the last taboos, although books by such prominent atheists as Christopher Hitchens and Richard Dawkins at least do it the favor of serious scrutiny. What passes for talk about religion tends to be a discussion of the politics and policies of religious institutions, which, as any practicing believer will tell you, is not the same thing at all.

Marilynne Robinson’s latest novel, Lila, like its predecessors Gilead and Home, which are peopled with the same characters living in the small town of Gilead, Iowa, demonstrates yet again that in the hands of a masterful writer, the struggle to live with the moral challenges of religious belief is one of literature’s great, if unfashionable, subjects. As Casey Cep wrote recently in a review of Lila published in the New Republic: “Reading [Robinson’s] new novel … one wonders how critics could worry that American fiction has lost its faith, though such worries make one think there might well have been wedding guests at Cana who complained about the shortage of water after witnessing the miracle with wine.”

Lila is a finalist for the National Book Award for fiction. The winner will be announced November 19.