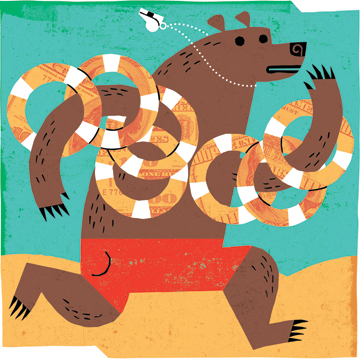 As part of an overall 8 percent increase in the financial aid budget, the RUE students, who have been out of high school for more than five years but haven’t completed a bachelor’s degree, will receive $1 million a year of assistance for the next fifteen years. (There are now seventeen RUE undergraduates on campus, but the University hopes to increase that number to thirty in the coming years.)

The change, President Christina Paxson said in a press release following the meeting, “represents a significant step toward the day when Brown can extend its need-blind admission policy to all RUE applicants.”

Families with incomes between $100,000 and $200,000 will also get a modest bump. Brown’s support for these families, who may have few assets beyond home equity and retirement savings and who may have more than one child in college, lags behind the other Ivies.

In recent years, the University has increased financial aid at a faster pace than tuition. Tuition for 2015–16 will rise by 4.4 percent, compared to 8 percent for financial aid. Undergraduate tuition and fees will be $62,046, and as called for in the University’s strategic plan, the undergraduate student body will increase slightly, to 6,270.

The increases come despite the University’s $6.7 million budget deficit, which it attributes largely to a drop in federal research funding and a growth in the need for financial aid. Brown plans to use its cash reserves to cover part of its operating budget while it implements long-term structural fixes to reduce operating costs.

Other noteworthy measures announced by the Corporation at its February 7 meeting in Providence include salary raises for faculty and staff of roughly 2.75 percent, and an additional $10 million from the Sidney E. Frank Foundation to fund summer internships and research work for students in the Sidney Frank Scholars program.

Reader Responses to Cost of College