Kareem Abdul-Jabbar, the NBA’s all-time leading scorer, visited Brown on October 16 as the student-run Brown Lecture Board’s fall semester speaker. Abdul-Jabbar focused on his work off the court—which earned him a 2016 Presidential Medal of Honor—and on his evolution as an activist.  The 19-time NBA All-Star lamented the large Nazi rallies in Charlottesville and the negative reaction to the player protests in the NFL. Inequality and racism still abound, but he remains optimistic, he said. “The response of America to Charlottesville gave me heart,” Abdul-Jabbar said. “People from all facets of society stood up and said ‘That’s not us.’ That’s in the spirit of why I promote who I am, what I do, and why I want America to become the best country that it can be.” 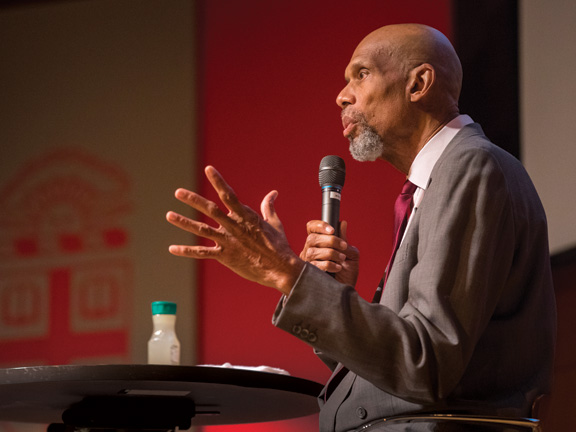