Aditi Khorana ’01 didn’t intend for her new book to be political. It just turned out that way. Her young adult fantasy, The Library of Fates, published in July, explores the “slimy advancements of a misogynistic dictator who’s incredibly greedy and hates the environment,” she says. “The election happened, and then life imitated art.” 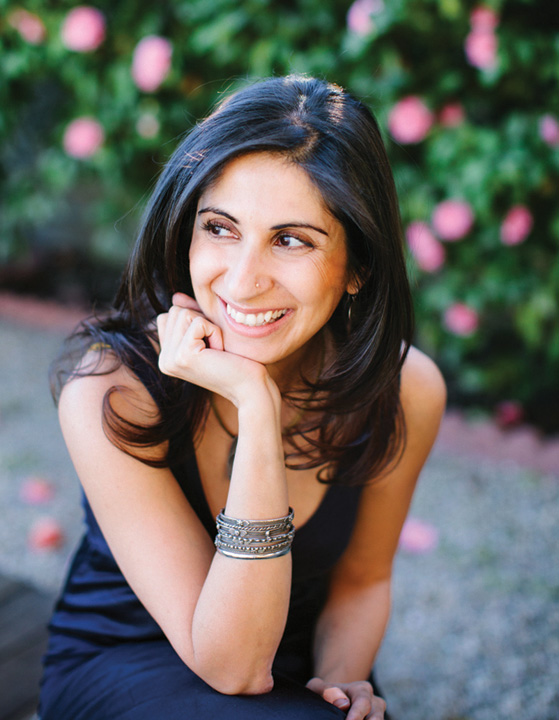 Rebecca Fishman
The new novel by journalist-turned-author Aditi Khorana '01 is loosely inspired by Alexander the Great in India.

Written as part historical fiction, part fantastical myth, this is Khorana’s second YA novel. It traces the tale of young Princess Amrita, whose only hope for freedom is to rescue herself and, in the process, her kingdom. It’s loosely inspired by Alexander the Great’s conquest into India.

Khorana grew up in India, Denmark, and New England and concentrated in international relations at Brown. She then worked as a journalist for ABC News, CNN, and PBS and as a marketing consultant for such Hollywood studios as Fox, Paramount, and Sony before trying her hand at writing novels. The difficult transition involved her savings and getting some 60 rejections from publishers. While Khorana often draws upon South Asian cultural influences, she doesn’t see herself as a “South Asian author” writing “South Asian fiction.” Neither does she think of herself as a fantasy or sci-fi writer, even though she incorporates elements of both while dabbling in magical realism.

Her first book, the 2016 Mirror in the Sky, focused on a biracial Indian teenager, Tara Krishnan, and how her life changes when it’s discovered that there’s an alternate earth, inhabited by alternate selves living alternate lives. “It’s basically global FOMO [Fear of Missing Out],” Khorana says. “It’s an exploration of existentialism, otherness, and how we narrativize our lives.”

Khorana credits her undergraduate education for broadening her understanding. “Brown really gave me a framework to talk about these things—intersectionality, otherness, feminism,” she explains. “I’d never even heard the term ‘white male privilege’ before stepping on campus.” Although Khorana doesn’t call out these terms in her YA novels, the themes are their driving force.

In researching The Library of Fates, she revisited classic Greek literature. “It was totally depressing,” she laments. “You realize how much you’re indoctrinated into these stories. The Odyssey is basically the story of Odysseus getting the best advice from the best experts in the world, including the gods, and he consistently flubs it. It’s a story of male incompetence mythologized.” Believing that our collective mythology influences the narratives of our own lives, Khorana set out to disrupt this landscape of white patriarchy.

Although female YA protagonists have been front and center in recent years, as in The Hunger Games, heroines of color are still scant. When submitting her manuscript to publishers, Khorana says she definitely encountered racism. “An editor told my agent that she loved the book, the character, and the writing, but she couldn’t take on the project because they already had one Indian woman on their list. A white man would just never hear that.

“Right now in this country we’re encountering a massive crisis of myth,” she says. “The myth has been that you bring a group of people together from different backgrounds, and they’re all granted equal rights. And we’ve learned that there’s a significant part of the population that doesn’t believe that myth anymore.”

Khorana believes that, far from being an escape from reality, the stories we tell ourselves can actually change it.