Maryori Conde ’18, ’19 MAT
An activist for students of color, she planned to return to L.A. as a teacher 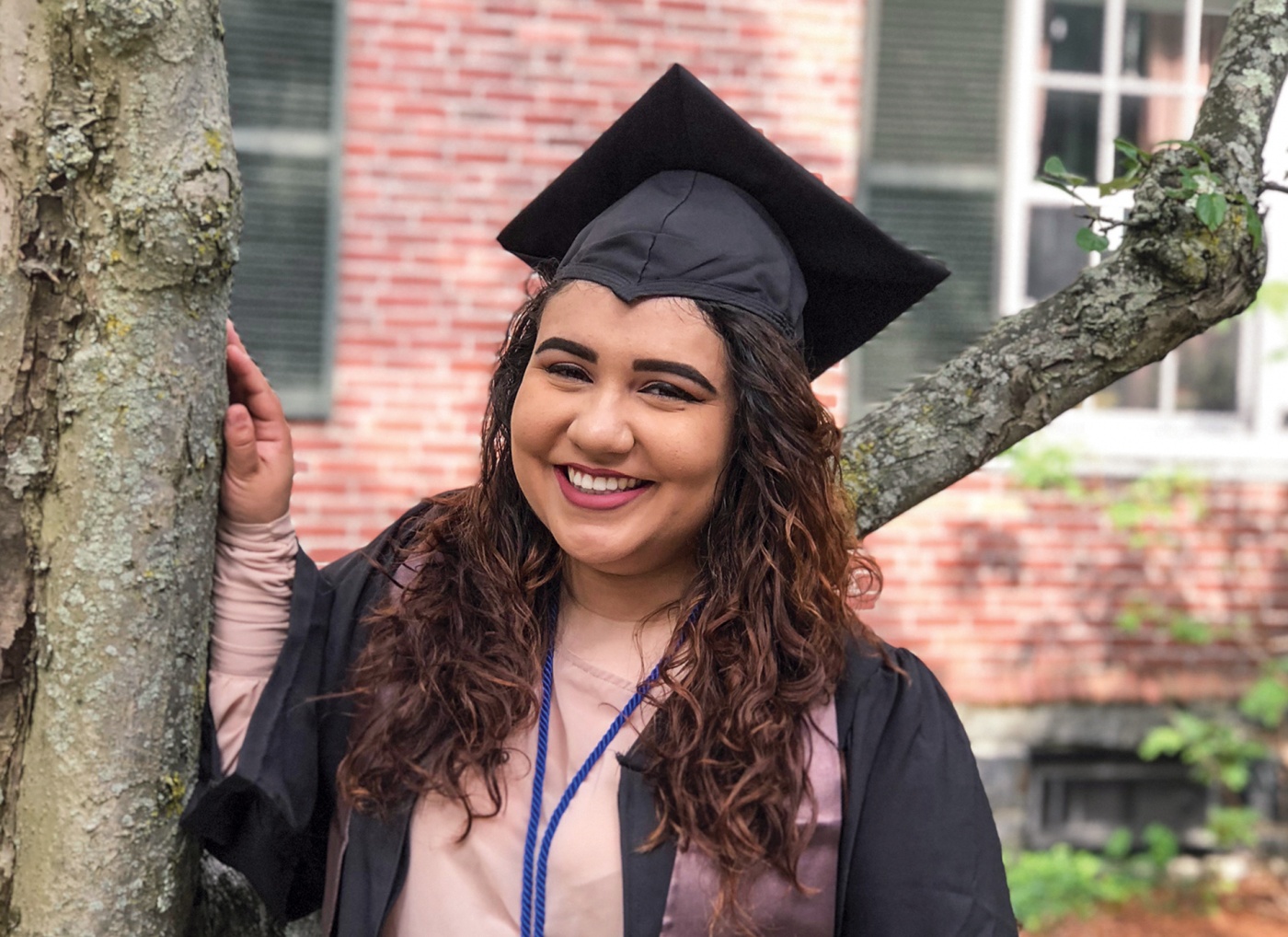 “I know I have been more political...since I came to college,” she wrote. “I know I seem angry. I know some of you have unfollowed my page because it’s too much...I don’t have to explain to any of you why I feel the need to share...But here I go, before I get calls again about ‘where’d nice, well-meaning Maryori go?’ I’m still nice and well-meaning. My heart is still full of love but it’s also full of pain. My anger is justified and if you can’t see that, I wonder why you’re not angry? Literally, my family, friends and my well-being is under attack.”

Going on from there, the post was no less than a manifesto of rage, passion, and purpose from a young ethnic studies concentrator
of Salvadoran descent who, in her four years at Brown, threw herself into creating a better campus for students like herself: of Latinx or nonwhite background and often the first members of low-income immigrant families to go to college.

She felt strongly about lifting up the generation below her—so much so that she was in the middle of getting her teaching master’s degree at Brown, planning to go home to L.A. to work with low-income Latinx students, when a car accident on 1-95 outside Providence on January 17 took her life. (Three other members of the Brown community were also injured.)

“Four days ago, our community ... and the world at large lost an unrelenting bright light,” was the Facebook post on January 21 from Brown’s Central American United Student Association (CAUSA), which Conde single-handedly founded. “We’re still struggling to process this tragedy; writing this post
feels surreal.”

Part of the surrealism might have been the sudden absence of someone who had been so very present, so active, on campus. In addition to founding CAUSA, Conde had worked one summer as a teaching fellow for Breakthrough Providence, where she incorporated social justice concepts into the curriculum for seventh graders. She also co-founded Brown’s Latinx House, a residential living community, and the Latinx Conference.

“She had a very warm presence and was very good at bringing people together and making sure everyone felt included,” said Julio Reyes ’12, Program Director for Brown’s Undocumented, First-Generation College, and Low-Income (U-FLI ) Student Center, who worked closely on many projects with Conde.

“She led all the Central American efforts on campus starting in 2017,” recalled Renata Mauriz ’17, U-FLI’s student success coordinator and among Conde’s closest friends. “We found a way to connect our activism to our studies while staying rooted in our communities back home.” The two were involved in the Brown Immigrant Rights Coalition, pushing to make Brown a so-called “sanctuary” campus for undocumented immigrant students.

Conde, says Mauriz, was particularly passionate about the status of immigrants with temporary protected status (TPS), imperiled in the Trump era, and ever the activist, organized a student trip to D.C. for a rally to defend the program. “She was always checking in on people, including myself, asking them what kind of support they needed,” says Mauriz.

Conde worked as a receptionist for the Dean of the College, welcoming community members into University Hall. She was also a supervisor for Brown Dining Services and a residential
peer leader for first-year students.

On Commencement Day, Conde’s degree will be awarded posthumously and presented to her mother, Rosario Aguilar, at the Master’s Ceremony. A more informal gathering with her family and friends will occur on Thursday May 23 at 4pm including the dedication of a memorial tree, likely near University Hall, and a reception to follow at the U-FLI Center.

Additionally, says Mauriz, Brown students at a D.C. Latinx conference shortly after Conde’s death had everyone there sign the Salvadoran flag, which Mauriz gave to Conde’s mother recently in L.A.

“She was really proud of her mother for being a housecleaner,” said Mauriz. “She made everyone feel seen regardless of what they did, and that included all the custodians and people at Brown who do work that often goes unnoticed.”