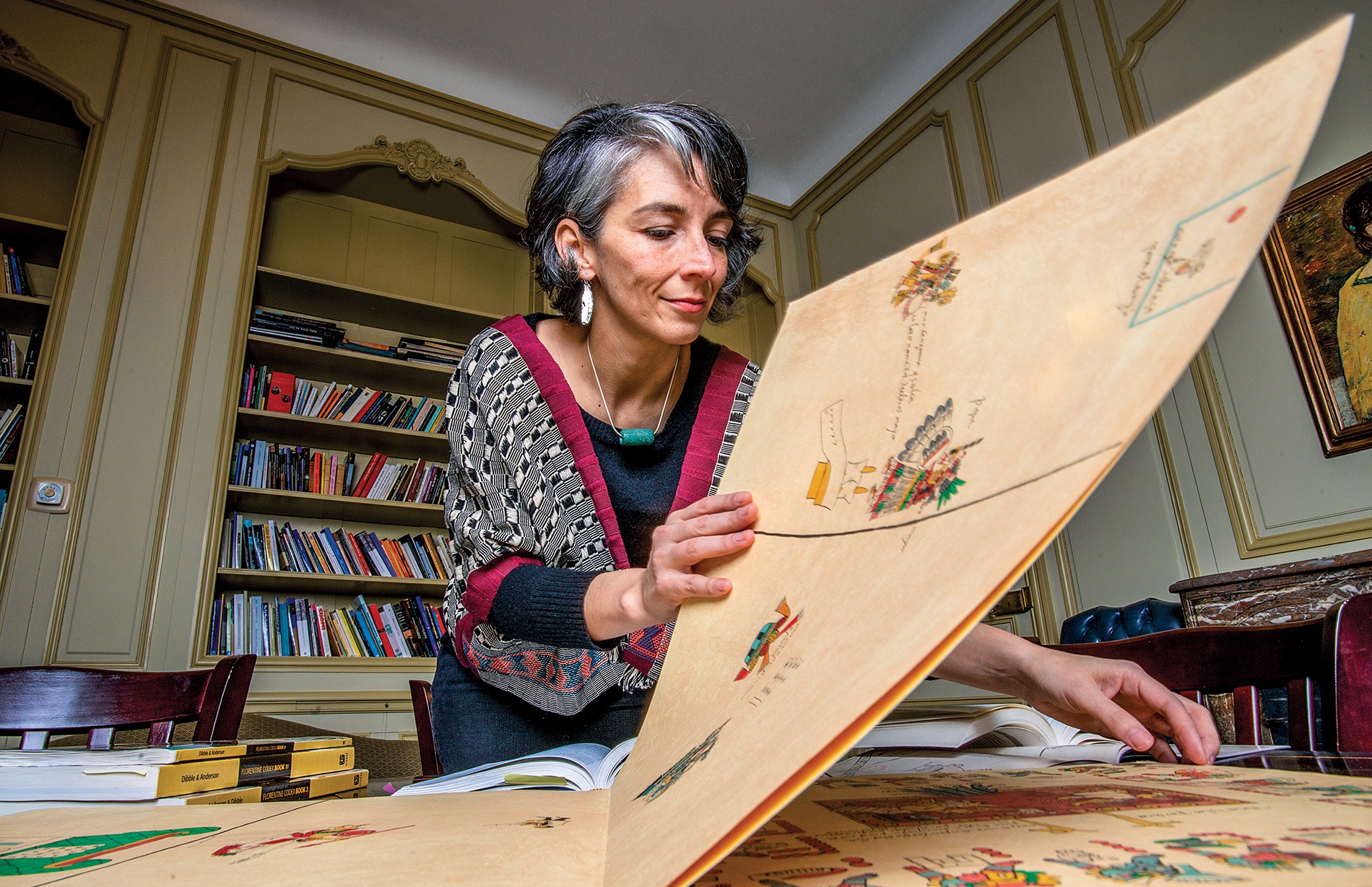 For my dissertation at Cambridge I needed to work on 16th-century Nahuatl documents, so I started to learn a little bit of classical Nahuatl. Then recently, when I moved to the U.S., I reconnected with a first cousin who told me our grandmother was a Nahuatl speaker. She died when my dad was 18, so I never knew much about her. It has felt like it all makes sense, why I was drawn to study Nahuatl. There was something there I couldn’t explain. To know this now, it just feels right.

Deeper Meanings
“English has Nahuatl-derived words: Avocado, from ahuacatl. Tomato, tomatl. Coyote, coyotl. You can translate a few things if you know the basics of Nahuatl grammar and you have the right dictionaries. But to really get deep in the meaning, you need so much more. Xiuh, for example, means year, leaf, turquoise. It’s used as a prefix to denote preciousness. But it also denotes green-colored things when it refers to vegetation. You can only grasp multiple meanings like that when you are very familiar with the literature, which is the path I’m on at the moment.”

I started this year traveling to Zacatecas, Mexico, an ex-mining town with beautiful colonial architecture, to take an intensive Nahuatl course. Nahuatl is more similar to German than to English or Spanish. You have very long words, so you have very rich sentences with few words. It’s also a really beautiful language phonetically. Traveling on the first of January to this place was very symbolic to me. It’s been a chance to connect past and present.

The most important Nahuatl document from the colonial period is called the Florentine Codex. Without it, we would know  little about the Aztec people. It has a column in Spanish and a column in Nahuatl, and when you compare them, you realize they’re not identical—there are many instances in which important topics exist only in Nahuatl. For instance, the description of a hawk is, in Spanish, just one little paragraph. The  Nahuatl talks about the hawk’s behaviors throughout the day and, most importantly, reveals how it feeds the hummingbird god, Huitzilopochtli. The craft of feather workers is not translated into Spanish; it exists only in Nahuatl, with a lot of detail. These were the most sacred things to know. There must have been a clear intention to keep important practices out of reach of missionaries. It’s exciting to think these documents can help revitalize practices lost through colonization, or that people still perform today without knowing where they’re from.

As Russia’s war on Ukraine gives a new generation a taste of what authoritarianism is all about, Debby (Wilson) Pattiz ’89 remembers her semester on the other side of the Berlin Wall.
History

50 years of Brown brutalism
Ever True