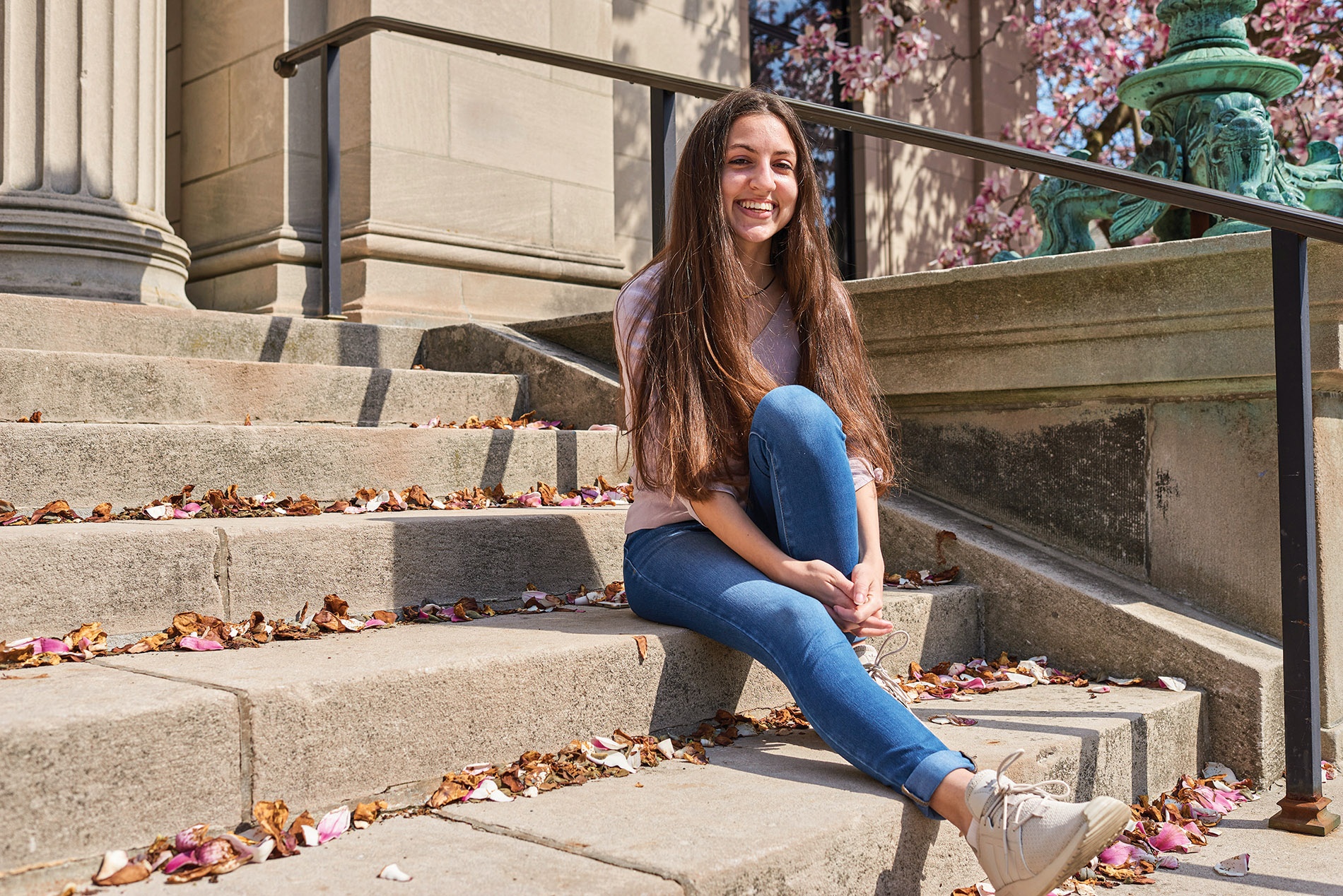 Alexa Howard ’20 knew she wanted to write her senior history thesis on boxing—she loved the gritty individuality of the sport—but couldn’t figure out which boxer she wanted to study.

Then she came across a guy she had never heard of, the Panamanian legend Roberto “Hands of Stone” Durán, and when she mentioned him to her father on one of their regular pandemic walks, he got excited and declared Durán a misunderstood hero. She was surprised at the strong reaction, considering her father was not Panamanian.

“My dad is this guy who grew up very poor in Atlantic City who felt so connected to Durán,” says Howard. “So I wanted to know if my dad was just a fluke, or if he was part of a larger pattern.”

Her research into Durán’s life, which included watching all of his fights (itself a feat, considering Durán’s career spanned 1968 to 2001), traces the arc of the fighter’s public image through the lenses of class, ethnicity, and gender.

Perhaps due to his hardscrabble background and his ethnicity, Durán was portrayed as “savage” and “brutal” in comparison to his American opponents—particularly the white ones—who were often classified as being more technical and intelligent fighters, Howard found. She also explored the complications surrounding Durán as an anti-imperialist symbol during the decades of tension over ownership of the Panama Canal, eventually ceded to Panama by the U.S. government.

Wary of dense historical texts filled with clunky jargon, Howard made an effort to write her thesis in a smooth, narrative-oriented prose; she wanted it to be both compelling and inclusive.

“I was thinking, ‘Is this something that my parents could read and understand?’” Howard says. “I didn’t want to exclude anyone from reading it. Especially because a huge part of the paper was the theme of reaching out to working class audiences.”

Even though Durán’s reputation and mythos were initially shaped by media and politics, she argues, he was able to actively develop his own more nuanced public image—one that allowed him to emerge as a champion for the working class, across race and nationality.

Howard says she came to respect Durán’s resilience even in the face of humiliation and defeat, notably the famous “no mas” moment when Durán quit in the middle of a fight during the height of his fame in 1980, reportedly crying “no more” in his native Spanish. It was a moment she could relate to.

A first generation college student, Howard had not expected to come to Brown and worried that because her father was a truck driver delivering Pepsi around South Jersey, College Hill wouldn’t be the right place for her. Although friends and family thought she’d thrive, she felt uncomfortable and disconnected from campus and left during her first semester.

“It felt like I had disappointed a lot of people,” she says. “Probably like Durán felt, especially with the Panamanian people. But he came back.”

And just as Durán recovered and went on to have a resurgent 20-year career after “no mas,” Howard returned to Brown with more confidence, ready to prove she could succeed.

“I had to convince myself that I really did belong at Brown,” she says. “That chip on your shoulder—it can be super influential. But I deserved to be there.”

In response to Phil Gibbons’ ’78 “Celebrating Duran,” (Apr.-May ’22) letter: I am flattered by your interest in my thesis. In the future, please send your misunderstandings directly to me at alexa_howard@alumni.brown.edu.”

I was initially intrigued to read about Alexa Howard’s (’20) senior thesis concerning Roberto Durán. That is until I reached this passage; “Durán was portrayed as ‘savage’ and ‘brutal’ in comparison to his American opponents—particularly the white ones—who were often classified as being more technical and intelligent fighters, Howard found.” Really? Roberto Durán fought for or defended a world title on 23 occasions. Of those 23 occasions, only four times was his opponent white. Twice he fought title fights with Vinnie Pazienza, whose style and personality have been characterized in many ways, but “technical” and “intelligent” are not two words usually associated with him or his boxing style. Duran also fought Jimmy Robertson, a journeyman not in Durán’s league, and won the lightweight title from Ken Buchanan, who was a Scot, not even an American. Following his defeat of Buchanan in 1972, for close to a decade, Duran was routinely referred to as the greatest pound for pound boxer in the world, in an era in which Muhammad Ali, George Foreman, et al. were still active. I hope this brief critique is a misrepresentation of Ms. Howard’s scholarship. To imply that the media denigrated Roberto Duran based on his ethnicity is absurd.

I was heartened to read about Alexa Howard’s ’20 senior history thesis on Roberto “Mano de Piedra” Duran, a timeless and much loved Panamanian hero. I grew up in Panama during the years leading up to the return of the Panama Canal by the U.S. Government, and came to admire “El Cholo”—as he was affectionately called by his fellow Panamanians, referring to his indigenous origins—as a true fighter amidst life’s multi-layered adversities. In 2016, as Panama’s Ambassador to the United Nations, I had the honor to welcome Duran to New York for the release of his life film, “Hands of Stone.” We Panamanians—at a population of 4 million—may not be many, but we do get around! With global championships in four weight classes, and three returns after retirement, Duran is a living example of the resilience of a people. How extraordinary that a young woman attending Brown as first generation would come across Duran and find such a meaningful connection to a boxer’s life. Congratulations Alexa for your achievements and for paying tribute to this legendary Panamanian. I would love to read your thesis.