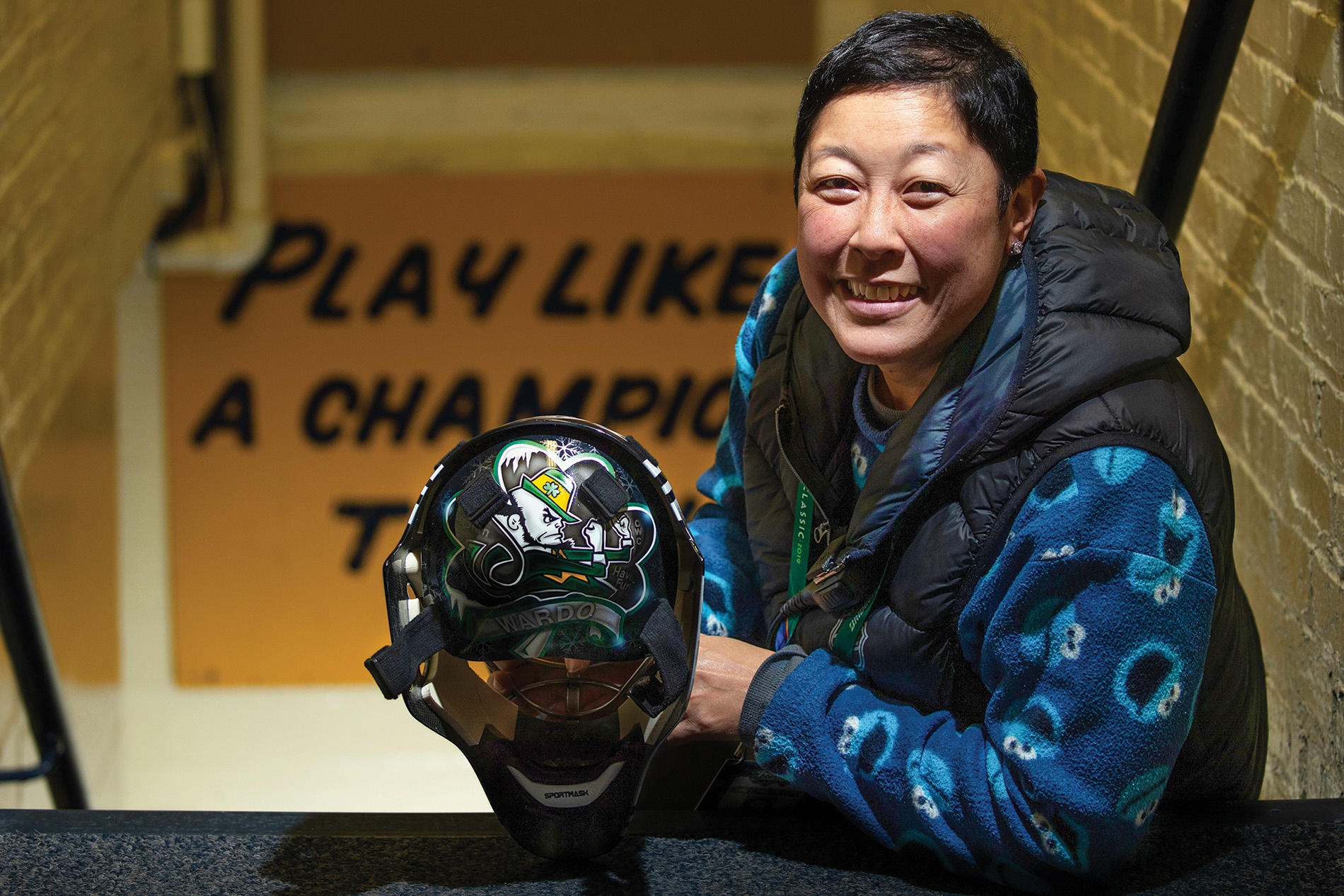 Yard played defense on boys’ teams throughout childhood, and went to the Olympics after Brown.PHoto: national hockey league
Sports & Recreation

A Life on the Ice
NHL veep Chie Chie Yard ’94

On a hot mid-July day in New York City, Chie Chie Yard ’94, vice president in the events department of the National Hockey League, was deep into planning the NHL’s first post-COVID Winter Classic game, set for New Year’s Day in Minneapolis between the Minnesota Wild and the St. Louis Blues—in the Minnesota Twins ballfield, to be fitted out for the occasion with a rink.

“We need to order rubber matting for the bathrooms,” Yard explains, so players in skates can use them. Then, of course, there’s transportation, hotels, seating, ticketing, security, COVID protocols.

This is how Yard—who lives in NYC with her husband and two sons, 9 and 10—plays out the current chapter of a lifetime centered around hockey. Yard’s parents, immigrants from Japan, raised her in the Houston suburbs. Her brother played hockey and at age 4 she followed suit, playing defense as the only girl on a boys’ team.  “Once you hit thirteen, the boys start to sprout, so it became tougher, but I held my own,” she says. “And if they were uncomfortable about checking me, I didn’t notice.” At Brown, concentrating in anthropology and business management, she finally played on a women’s team. “It was amazing,” she recalls. “Instant sisterhood.” After graduation, she lived and worked on the Japanese island of Hokkaido while she trained for Japan’s Olympic women’s hockey team, on which she played in the 1998 games. “It was a hard four years,” she says. “I felt like an outsider who had a lot of Japanese hockey terminology to learn.”

With no pro women’s league in the U.S. until 2015, Yard had to find something to do once she returned stateside. Would she have played pro if she’d had the option? “I don’t know if I can answer that,” she says, after a pause. Instead, via a contact, she got an internship at the NHL. She’s been there ever since, rising through the ranks to her current high-level position, organizing major events like the NHL’s China Games, Global Series, and
All-Star Weekend.

And yes, she still hits the ice—Tuesdays at NYC’s Chelsea Piers (where her kids play) for the NHL’s staff pick-up game night, which just recommenced post-COVID. “Two children later, I’m slow and out of shape,” she jokes. But the rink is still magic to her. “It’s so freeing,” she says. “Maybe my sons will become NHL players. But I really wanted them to play because when they take a new job in a random city someday, they can find the closest team—and have an instant group of friends.”

Aerospace engineer George Braly ’70 has finally succeeded in getting the lead out of airplane fuel.
Student Life

Reader Responses to A Life on the Ice