Can We Refreeze the Chicken?
An acclaimed new film by Bonnie Waltch ’82 demonstrates the scary self-reinforcing mechanisms of climate change. 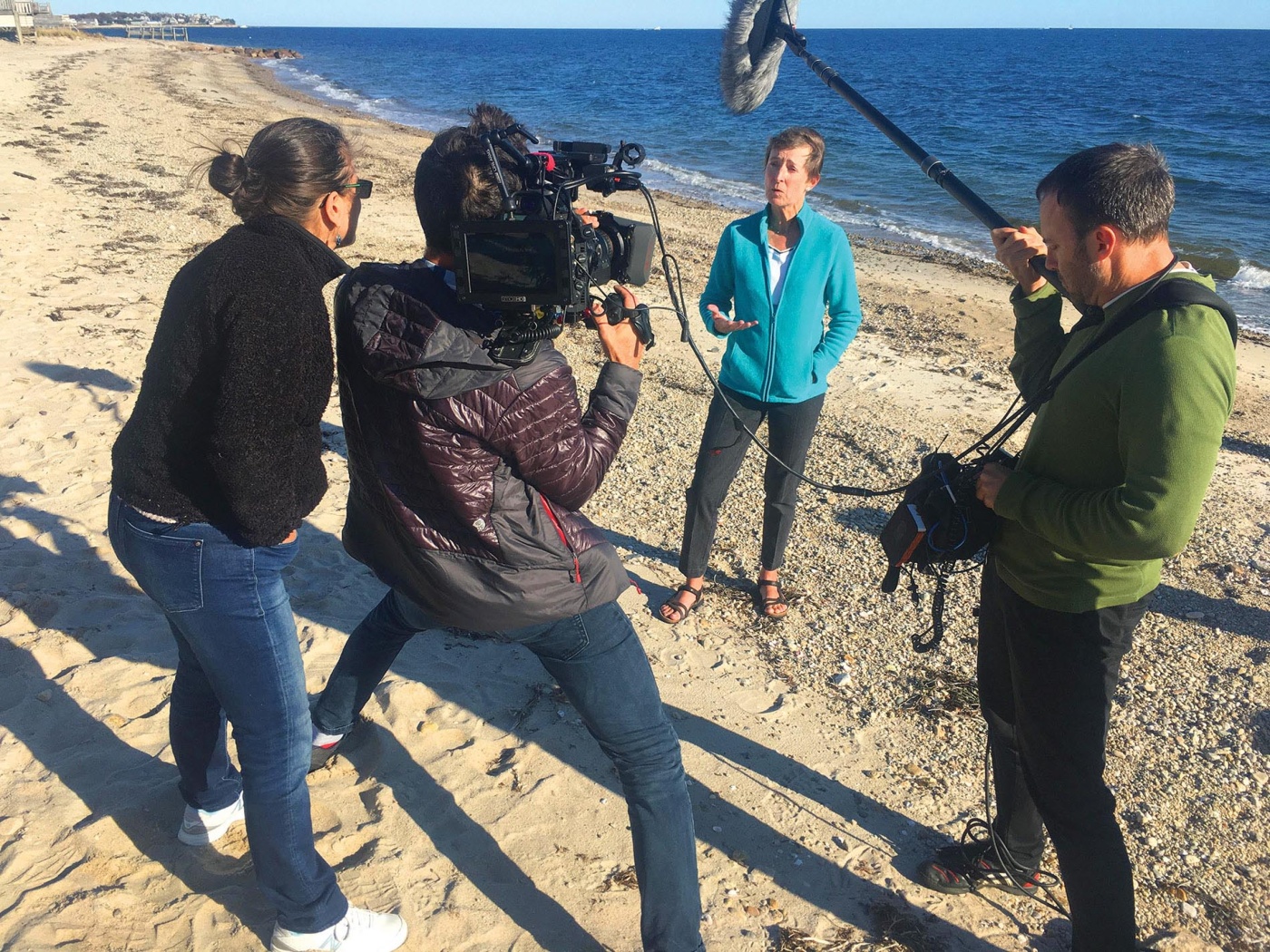 In Bonnie Waltch ’82’s new film Earth Emergency, a scientist uses a vivid analogy to explain what happens when warming temperatures melt Arctic permafrost. “It’s like having a chicken in your freezer,” says Sue Natali of the Woodwell Climate Research Center. “You put it on the counter, it starts to thaw, and then you go away for the weekend.” When you come back, she continues, you’ll find a house stinking of decomposing chicken. “That’s what happens to the carbon that’s in the permafrost.” Furthermore, as microbes break down thawed organic matter, they release carbon dioxide and methane, which accelerate climate change—and thawing.

“It’s basically a vicious cycle where warming caused by fossil fuel emissions kicks into gear nature’s own feedback loops,” says Waltch, a documentary filmmaker for almost four decades. Her film delves into a number of these loops to show how, terrifyingly, climate change causes more climate change. Hotter temperatures, for example, lead to forest fires, which release more greenhouse gases; melting Arctic ice causes less reflection of the sun’s energy, which leads to oceans absorbing more heat, melting more ice. “When I first learned about these feedback loops, I wasn’t sleeping,” Waltch says. “We immediately put solar panels on our house and I was telling my children they shouldn’t have children, but should adopt a climate refugee instead.”

As disturbing as these trends are, Waltch’s film succeeds in presenting a new take on climate change in an accessible way—and has garnered some serious attention. Narrated by Richard Gere, the hour-long film aired on PBS in December and has been distributed across the globe from France to Mongolia. In October, the United Kingdom’s Prince Charles sponsored a special screening at the COP 26 United Nations climate summit in Glasgow. “I think it’s a fresh approach to a topic that everyone has heard about, but may not completely understand the science behind,” Waltch says.

She first became interested in film as a semiotics concentrator at Brown, where students were often called upon to analyze films from the framework of literary theory. At the same time, she became interested in science, taking classes in biology, chemistry, and calculus. Eventually, she combined her interests to make documentaries for the likes of National Geographic and NOVA.

Key to her projects is finding personable scientists who can break down complicated concepts in easily understandable terms. She also injects a bit of hope. Earth Emergency describes how by reducing emissions, these loops could be reversed to remove carbon from the atmosphere—refreezing the chicken, so to speak. “We can refreeze the Arctic,” Waltch says. “We just need the will to do it.”

Reader Responses to Can We Refreeze the Chicken?

A small but important correction to Bonnie Waltch’s statement: “Earth Emergency [the film] describes how by reducing emissions these loops could be reversed to remove carbon from the atmosphere...refreezing the chicken, so to speak.” Reducing emissions takes no CO2 out of the atmosphere. It does keep carbon in the ground. Removing CO2 from the atmosphere is the job of CCS technology... industrial direct air carbon capture and permanent geological storage. An energy-intensive, expensive, and risky process. Rapid and urgent reductions in our use of the carbon fuels we need to continue the transition from conventional transportation to electrical transportation and renewable energy will be impaired. We are already seeing what shortages can do.