In the 1994 World Cup face-off between the United States and Colombia, the Colombian team's handsome young captain, Andrés Escobar, made a devastating error. With his soccer-obsessed nation watching, he scored a goal against his own team. At that moment, said one of Escobar's teammates, "I put my hands up to my face, and I said, 'Our country is done for.'" 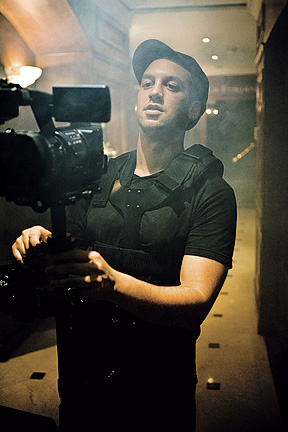 Courtesy Jeff Zimbalist
Jeff Zimbalist saw the Escobars' staory as a way to tell the larger story of Colombia's hopes.

This event is at the heart of The Two Escobars, a documentary directed and written by Jeff Zimbalist '00 and his brother Michael that chronicles not only the fates of Andrés Escobar and his team, but that of the international drug baron Pablo Escobar, who, though not related to the national team's captain, was linked to him and his teammates through the phenomenon of "narco-football," in which drug kingpins laundered money by funding soccer throughout the country.

Commissioned by ESPN for its 30 for 30 series, The Two Escobars earned critical praise at the Cannes, Tribeca, and Los Angeles film festivals. It next airs on ESPN Classic October 10 at 8:30 pm and November 28 at 9 pm, and on ESPN October 17 at 9 pm.

Bloody, unsettling, and raw, the film is as gripping as any action movie. In a country racked by violence, Pablo Escobar ran the Medellin Cartel with impunity; when the government passed laws he didn't like, he had its leaders assassinated or got elected to office himself. Andrés Escobar was his ethical opposite: a rising soccer star hailed in Colombia as the "gentleman of the field" for his strong moral compass and his commitment to using sports to do good.

In the 1980s, though, drug traffickers owned several of Colombia's major soccer teams. As Pablo's cousin Jaime explains in the film, "Ticket sales are all cash. This allows a team owner to falsely declare sales not as one million dollars, but, say, two million dollars, thereby legalizing a million dollars." Pablo Escobar's passion for soccer and his rivalry with his fellow drug lords meant that his teams, awash in cash, could sign the best players and coaches. The result was a golden era for Colombian soccer.

When ESPN approached the Zimbalists with the idea for the film, the brothers were already living in Colombia and working on a fictional movie. Jeff's documentary Favela Rising had already won dozens of international film-festival awards. Set in one of Rio de Janeiro's most brutal slums, or favelas, it follows AfroReggae, a music and dance troupe that a former drug dealer created to lure kids away from drugs and crime. ESPN already had signed the likes of Ice Cube, Morgan Freeman, and Spike Jonze to make films for 30 for 30, but network officials believed the series was thin on soccer and Latin American topics. Could the brothers produce something in a year and a half? "It was just a ridiculous deadline," Jeff Zimbalist says. They took the job. 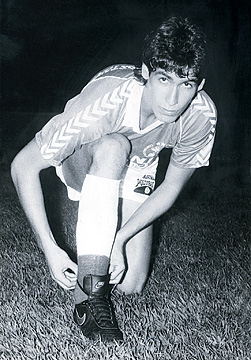 Colombia's two Escobars: the heroic soccer star, Andres...
Having spent months in Colombia on The Scribe of Urabá, their fictional film, the Zimbalists had established relationships with locals, who now helped them land interviews with an astonishing group of insiders: Andrés's family, teammates, and coaches; Pablo's family and inner circle; and former politicians and members of rival drug cartels.

Still, earning people's trust was painstaking. "Many times it would take eight months to develop the relationships before they would go on camera," says Zimbalist. "People would say to us, 'We don't want to talk about narco-football. If you so much as mention the word, I'm going to get up and walk out of the interview.' [But] within five minutes of sitting down and interviewing them, they were talking about everything." Interviewed in prison, Pablo Escobar's right-hand man, Popeye, talked openly. "With my own hands, I've killed around 250 people," he says. "But only a psychopath keeps count."

Pablo Escobar was shot dead in December 1993, and the following summer, two weeks after his disastrous World Cup goal, Andrés Escobar was shot six times in a nightclub parking lot. Was it an execution by drug lords and gamblers who'd lost millions on the game, or a random street crime? No one is certain, although some Colombians interviewed in the film say he never would have been murdered had Pablo Escobar been alive. Pablo wouldn't have permitted it. 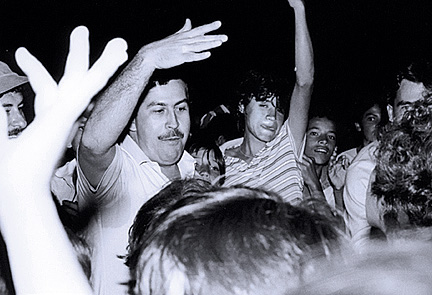 Jeff Zimbalist believes that the popular Andrés was devoting his sporting life to "transforming the image of a country developing self-worth, of a population and sense of identity in a time of need." Escobar, a devout Catholic, believed that success as a world soccer power could counteract his country's image as the epicenter of cocaine trafficking and help rebuild its self-respect.

"He was part of the answer," Zimbalist says. "He was able to hold strong to a set of pure honorable values amidst terrible tragedy and loss. Being able to give him voice gives Colombia voice."

Beth Schwartzapfel '01 is a contributing editor.