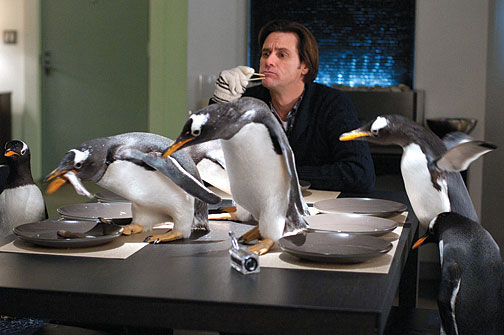 In this summer's family-friendly farce, Mr. Popper's Penguins, Jim Carrey plays a divorced dad whose spartan Park Avenue apartment is trashed and his values restored when his globe-trotting father sends him six penguins. Jared Stern '99, cowrote the script, which is based (albeit loosely) on the beloved 1938 children's novel by Florence and Richard Atwater. Like silent film stars, the penguins don't have a lot of dialogue, but they do steal the show.
What do you think?
See what other readers are saying about this article and add your voice.