On September 9, 2001, Bonnie MacDonald McEneaney was watching television with her husband, Eamon McEneaney, when he said, "I want you to know I can handle my death now." She was shocked, and wondered if he was depressed. 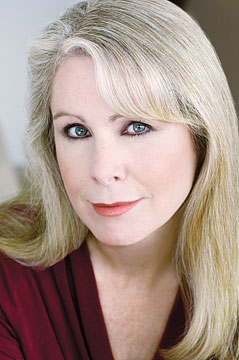 Courtesy MacDonald McEneaney
"Don't go in," McEneaney warned her husband.
Two days later, Eamon was in the shower, getting ready to go to work, when he said, "Oh my God, I have the whirlies." That was Eamon's way of saying he felt dizzy. Bonnie figured it was another one of her husband's episodes of vertigo.

"Don't go in today," she told him, but he decided to go anyway, heading to his office on the 105th floor of the World Trade Center, where he worked as senior vice president for the investment firm Cantor Fitzgerald. A few hours later, terrorists attacked the Twin Towers, and Eamon was among the 2,752 people who died that day in the Towers.

Bonnie, who lives in New Canaan, Connecticut, was convinced that she was not the only one who had ominous premonitions leading up to 9/11. For her 2010 book, Messages: Signs, Visits, and Premonitions from Loved Ones Lost on 9/11—which came out in paperback in early August—she conducted interviews with 200 loved ones of the terror victims.

Surprisingly, all had stories to tell about unusual portents or events they'd experienced before and after the tragedy. One man recalled seeing a ghost. A woman said she'd seen the lights in her house blink off and on.

"The stories in Messages," McEneaney says, "illustrate the unbreakable bond of love—that loving connections are so strong they transcend the divide between life and death." She adds, "Just because a person dies does not mean your relationship with that person is over. It's just different."

In the harrowing days after 9/11, McEneaney, her friends, and her family frantically searched for Eamon, hoping he might be alive. "We didn't know anything. We couldn't find out anything, " she recalls.

But then, early on the morning of September 13th she walked out her front door and shouted, "Eamon! Please tell us where you are." Seconds later, she says, "the tree in my front yard began to rustle as if squirrels were running through it. A breeze came out of the tree, winding and circling from that tree through three apple trees on my property until it whimsically played with my skirt. Then it was gone, as suddenly as it had appeared. My question—where are you?—was answered."

The Biography channel premiered Beyond: Messages from 9/11, a documentary based on McEneaney's book, on September 8. McEneaney also maintains a related Facebook page at www.facebook.com/messagesbook

Reader Responses to Portents of 9/11