Life in a Mill Town

Sweat, the new play by Lynn Nottage ‘86, premiered at the Oregon Shakespeare Festival in Ashland, Oregon, from July 29 to October 31 and will run at the Arena Stage in Washington, D.C., from January 15 through February 21, 2016. The play focuses on a group of factory workers in a poor mill town whose lives are deeply affected by the loss of U.S. manufacturing  jobs. Nottage, whose play Ruined, about civil war in the Congo, won the Pulitzer Prize for Drama in 2009, did extensive interviews with workers in Reading, Pennsylvania, before writing Sweat. 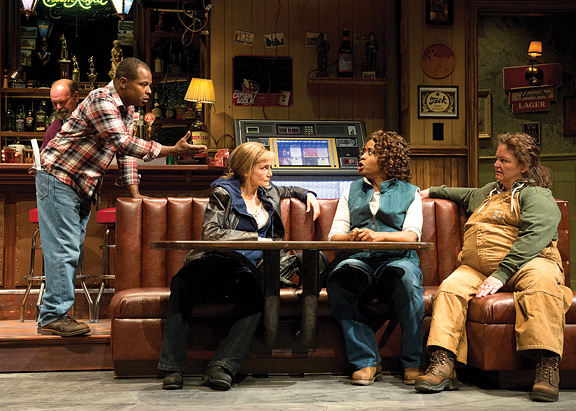 Jenny Graham/New York Times
What do you think?
See what other readers are saying about this article and add your voice.

An expert on last century’s influenza pandemic shares what history could have told us about COVID-19... if we’d been willing to listen.
First Person

BAM interns on the spring’s sudden shift
Ever True

Reader Responses to Life in a Mill Town