Ever since an eighth grade history teacher introduced him to Mesopotamian art, David Elitzer ’17 knew he wanted to study archaeology and the Middle East. After spending most of high school absorbed in the Ancient Middle Eastern wing of the Metropolitan Museum of Art in New York City, he arrived at Brown planning to study archaeology. 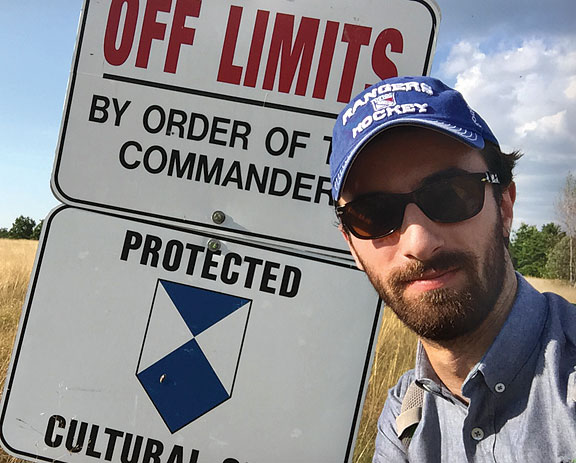 But the stakes changed just after his freshman year, when ISIS started destroying the exact places he was studying. Sophomore year, he’d spend a class period learning about a specific site, only to wake up the next morning and find it had been demolished. So he reached out to ASOR Cultural Heritage Initiatives, which documents and raises global awareness of such war-caused cultural damage, convincing them to let him write the military and political analysis sections of their reports.

From there, he got a job at the RISD museum studying heritage issues and the appropriate display of ancient objects, then working on three different field projects (in Israel, Turkey, and Sardinia), and interning with a civilian archaeologist at Fort Drum to help educate people in the defense community on how to protect the traditional agricultural infrastructure in North Africa during military operations.

A Marshall also went to Evan Silver ’16, who was raised by a printmaking folk musician and an architect. Growing up, he’d always felt the need to create things, and Brown, he says, allowed him to do just that. He studied literary arts, served as a board member of the student-run theater company Production Workshop, and worked on fifteen different productions. 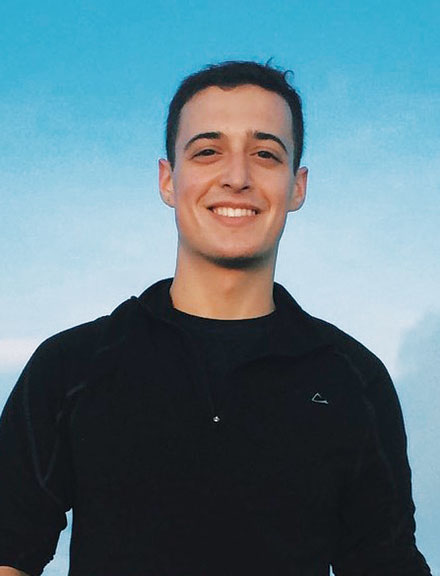 Courtesy Evan Silver
Evan Silver '16 studied literary arts at Brown.
“At Brown,” he says, “you’re part of a vibrant creative community of artists in every medium who are also intellectually engaged, thoughtful, and willing and wanting to push boundaries.” Of particular note is the play he wrote and then produced with his cast last fall, 11 Apocalypses, which also included a full score of original music.

After receiving a Luce Scholarship and graduating last spring, Silver moved to Bali, Indonesia. Studying Balinese culture and art has been crucial to his grasp of history and tradition. He’s especially interested in the study of ancient texts and mythologies and in using them to get at the “unachievable goal of understanding the universal.” In the United States, theater education is mostly text-based, he says, but he’s found that in Indonesia and other Eastern societies the body is more essential to performance, and is an easier access point to some of the most fundamental questions about art.

Next year, Silver will be using the Marshall to study at the Royal Central School of Speech and Drama in London, where he hopes to find a balance between his Brown theater education and his work in Indonesia.

For his part, Elitzer plans to pursue two degrees—a master’s in International Public Policy at University College London and a master’s at Cambridge in Archaeological Heritage. The Marshall is one of the only scholarships that allow recipients to pursue two separate degrees. “Although the degrees are separate, I view my interests as one combined thing. A professor at Brown suggested I mix and match.”

When asked why he applied for the scholarship, Silver answered, “It’s a pretty unbeatable opportunity to have support from an organization that says ‘I believe in what you’re doing and I want you to keep doing that. We believe in you and you show promise.’ It’s encouraging.”

Reader Responses to Mixing and Matching