The Ideal Robot
Beyond functional to “part of the family” 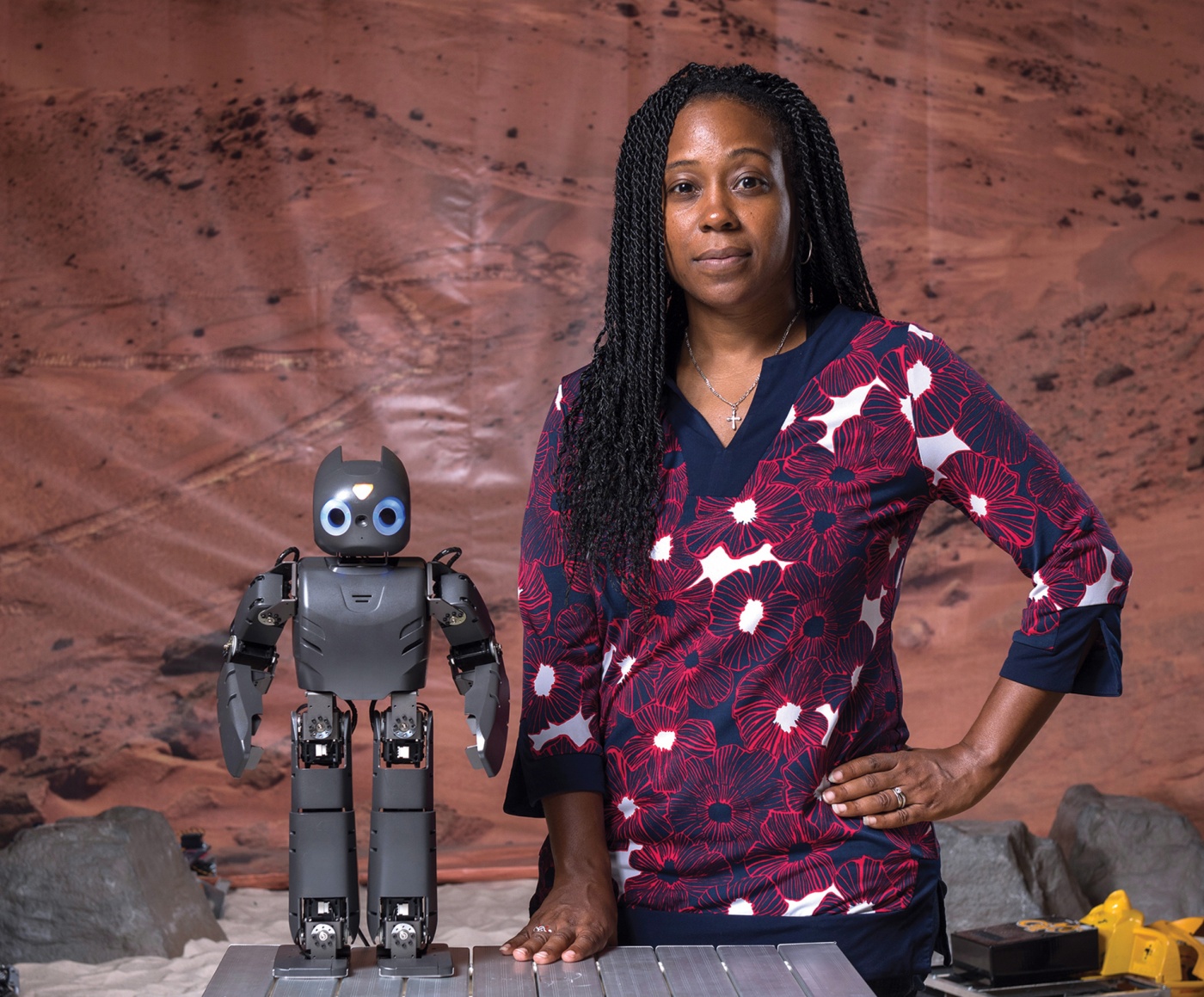 As director of the Human-Automation Systems Lab (HumAnS) at Georgia Tech, Ayanna Howard ’93 focuses on how humans and robots interact. Much of this work involves humanized intelligence, the process of imbuing autonomous systems with human cognitive capabilities.

Howard’s personal favorite robot is Rosie, the housekeeper from the The Jetsons. She sees Rosie as a model for what robots can be in real life.

“She goes beyond being functional to being a part of the family,” says Howard. “That’s where I see the role of robotics: very functional for certain tasks but also with a humanistic social quality so that they are engaging.” Robots like these could relieve loneliness in older adults or help children with autism feel more comfortable engaging socially with their peers, says Howard.

Since joining the faculty at Georgia Tech in 2005, Howard has focused on how people and robots can work together to improve lives. A big part of her work is healthcare robotics for children with special needs. In 2013, she founded Zyrobotics, a university spin-off that licenses technology from her lab. The company has released its first suite of mobile therapy and educational products for children. “We are looking to bring robots into the home to do therapy, exercise, and education with children, so every child can become a confident learner in our digital world,” she says.

Howard has been designing intelligent technologies since her days at NASA. She started as an intern after her freshman year as an engineering student at Brown and kept returning, eventually becoming a senior robotics researcher at NASA’s Jet Propulsion Laboratory. There, she designed next-generation robotic navigation systems for future Mars missions.

More and more of the technology that surrounds us will have autonomous or semi-autonomous components, Howard says. However, she warns against over-reliance, such as letting your GPS direct you into a lake. “Human factors are still involved in robotics—humans design robots and write their algorithms—so people should exercise good common sense when judging how much to trust a robot.”

Reader Responses to The Ideal Robot