Czerina Patel knows kids. She knows what teenagers obsess about, what they fear. She knows the questions they’re aching to ask. And most of all, she knows the power of letting kids talk. On the air. Nationwide.

In 2000, Patel began producing a program called Radio Rookies, teaching young people from all over New York City to produce documentaries about their lives. She gave tape recorders and microphones to as many as ten teens a year, matched them with professional mentors, helped them develop story ideas, and taught them to fine-tune their scripts. Produced at WNYC public radio, the shows were picked up by All Things Considered and other public radio programs across the country. 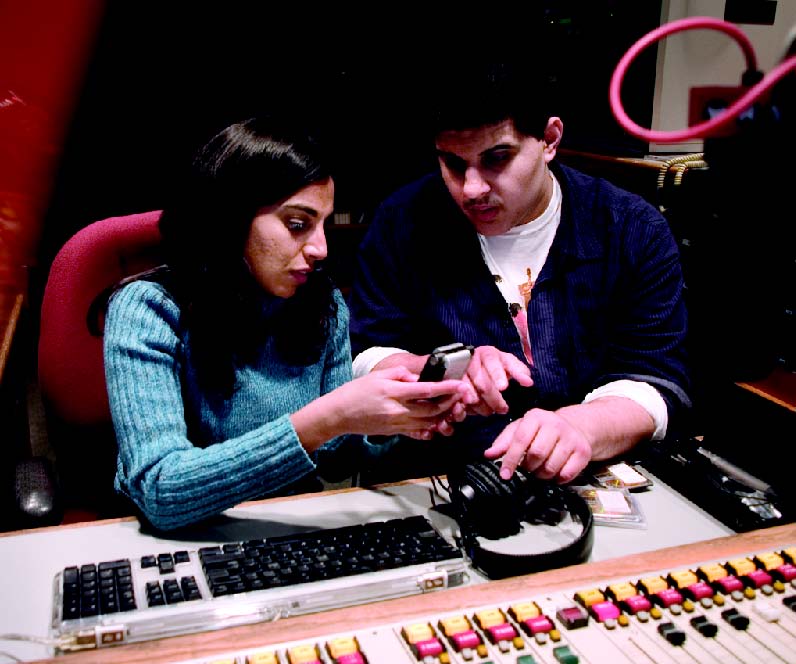 For a radio audience, Patel says, “it’s a chance to listen to things they don’t often get to hear.” In one show an obese boy named Samr (Rocky) Tayeh speculates that he’d be more popular if he were thin and then whispers into his microphone late at night as he struggles to resist the ice cream he earlier hid in the freezer. A prep-school student named Allison Jones describes being teased in her neighborhood for having too-dark skin and talking too white. “I grew up in this neighborhood,” she says. “I know what it’s like to go without. I was even homeless for a while.… What made me different was getting a scholarship.”

Last April, Radio Rookies won a George Foster Peabody Award, the broadcasting equivalent of an Oscar. It was the only U.S. radio production to receive one that year. Judges called the show a “series of remarkably immediate and illuminating first-person dispatches.”

But illuminating listeners is just one of Patel’s goals. At Brown she tutored fifth graders through the Swearer Center for Public Service, and after graduation she attended Columbia Journalism School. Radio Rookies was a perfect mix. “In some ways this is radio therapy,” she says of the program. In addition to helping young people find their voices, she has used it to broaden their dreams. “I take the kids to radio conferences, where they have the experience of staying in fancy hotels, having people come to hear them, shaking hands with people like Ethel Kennedy,” she says.

After five years at Radio Rookies, Patel stepped down last year to start a new nonprofit in her own homeland, South Africa. Called Yenza, it takes its name from a Xhosa and Zulu word that means “to make” or “to do,” and aims to use the power of the media for social change. In the townships of Soweto and Khayelitsha, where a dozen years after the end of apartheid millions of blacks and Muslims still live in shanties, Yenza staff are teaching young people to interview their elders about life in a country that denied them education and the vote because of their color. The challenge, Patel says, has been to get adults to speak openly. Radio therapy, it turns out, works for both old and young.