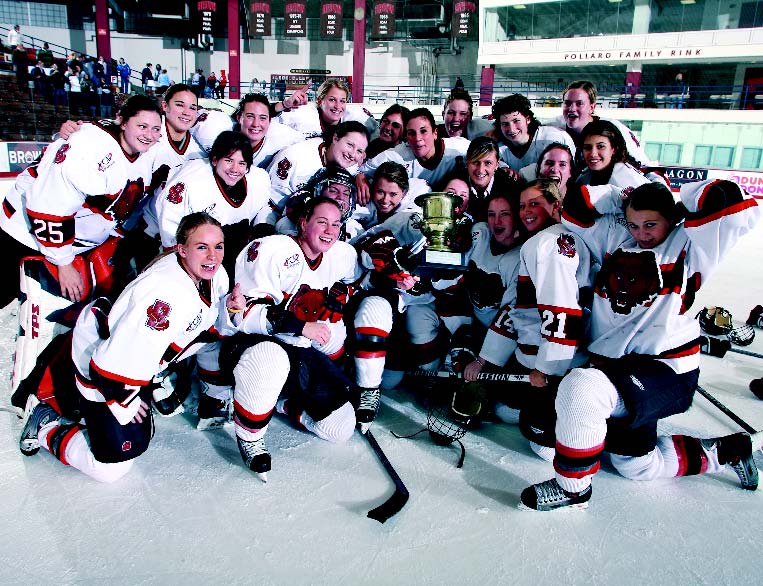 The women's hockey team celebrates after winning the Mayor's Cup on November 24.

Unfortunately, the wins have been few and far between for the Bears so far this season. Going into winter break in mid-December, the team’s record stood at a dismal 2–11–1. Unfortunately, the team seems to have developed a pattern of starting games strongly then losing steam in the second period. “Hopefully, the hockey gods will change their opinion about Brown,” goaltender O’Hara Shipe ’08 said after back-to-back losses in early December to Princeton and Quinnipiac.

About halfway into the season, the team hired a new assistant coach, Heather Reinke. Reinke was previously at Niagara University, and will now work primarily with the Bears’ defensive corps.