The Power of a Witness

At Brown, my life as a grad student in creative writing was filled with stimulating discussions and caring professors. All I had to do was write and write and write. And write I have done for the past thirty years. My work, mostly for the New York Times, has led me to some remarkable people with compelling stories. After years of writing about other people's adventures, I decided that I needed to do something extraordinary myself. 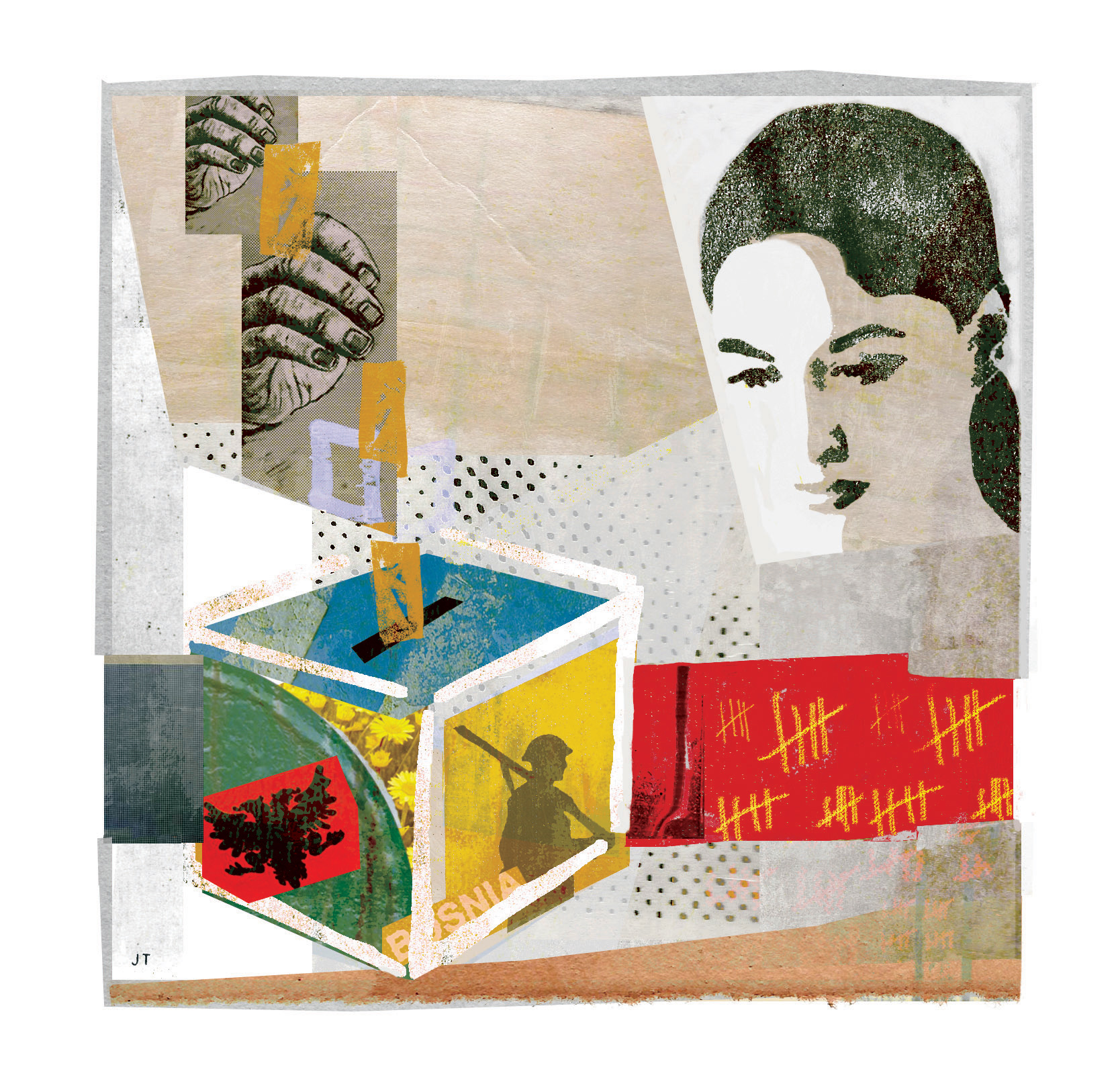 Through the League of Women Voters in Connecticut, where I live, I became an international election monitor. My first assignment was to supervise registration and elections in post-conflict Bosnia, and I found unanticipated toughness within me as I sternly refused to allow rules violations. Serb men came with stacks of identification, prepared to vote for their wives and adult children. "No," I firmly said, "you cannot vote for anyone but yourself." The women came out of the fields and voted.

"Only one pair of feet behind the screen," I insisted. The deeply ingrained custom of family voting was not permitted, and I was a stickler. After six trips to Bosnia, I moved on to Kosovo, where there is still occasional shooting and much tension between the Kosovars, the ethnic Albanians, and the Serbs, who consider the land sacred to the founding of Serbia.

Subsequent trips took me to Albania and then to Ukraine for three rapid presidential elections. During the infamous second election in Ukraine I caught many egregious instances of fraud. As the countries moved ever so gingerly toward democracy my role changed from supervisor to observer, and I learned how effective just carefully watching an election can be. Just a glare accompanied by intense writing has a sobering effect on would-be cheaters. In Ukraine, the reports were faxed every four hours from all over the country, and the international community took notice. Young protesters filled the central square, and the world supported them in their nonviolent resistance.

My most vivid memory from my years as an election monitor is of a little Bosnian village called Pilica. I was there visiting another supervisor, who was playing cards with the locals during a lull in registrations. He sent me behind the building past a sunny field of wildflowers into a large community center. As I entered the cavernous room the temperature dropped and I shivered. At one end was a stage. The peeling pale blue plaster walls were pockmarked and splattered with dark brown splotches of blood. Bits of orange crime-scene tape left by Interpol marked spots on the wall at the height of a human head. This was one of many execution sites the Serbs used to murder thousands of Muslim boys and men from the mountain village of Srebrenica. The massacre was the worst atrocity in Europe since World War II.

At the time, Srebrenica was a U.N. "safe zone," guarded by a pitifully small contingent of Dutch peacekeepers. The Dutch stood by helplessly waiting for fresh troops, but none came and the village males were rounded up, loaded on buses, and taken away, never to be seen again. At places just like this community center young Serbs had rifles thrust upon them with orders to shoot or instantly be killed themselves. Now as the leaders are tried at the Hague for war crimes, while mass graves are exhumed and the widows of Srebrenica demand to return to their homes, the stories pour forth. A handful of survivors describe the terror, the screams, and the gunfire.

As a witness to that terrible place I tell the story of Pilica hoping that such barbarism will not happen again.

Reader Responses to The Power of a Witness