Brown’s so-called New Curriculum—the core-requirement–free brainchild of Elliot Maxwell ’68 and Ira Magaziner ’69—is pushing forty now and due for a checkup. That is the judgment of Provost David Kertzer ’69 and Dean of the College Katherine Bergeron, who announced in March that they were creating a task force to evaluate undergraduate education. 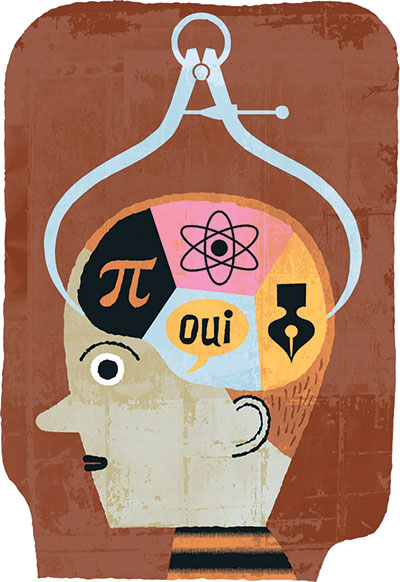 Timothy Cook
The committee’s thirteen members began meeting this spring and will continue their work over the course of the next year. They plan to publish their conclusions in the spring of 2008 and to include them in the University’s upcoming re-accreditation report for the New England Association of Schools and Colleges.

One of the goals of the task force, Kertzer says, is to make sure the curriculum keeps up with the demands of the world beyond College Hill. Individual departments will be asked to evaluate their concentration programs, and the committee will assess broader needs such as the quality of academic advising and graduates’ fluency in math, science, languages, public speaking, and writing.

The task force will examine how well alumni understand other cultures and are able to communicate across them, and how proficiently graduates can make critical evaluations and nuanced moral and ethical judgments. The group will benefit from two other studies currently under way, Kertzer says: one task force has been evaluating the strength of Brown’s science programs, while another has been looking at how Brown can prepare students better for a globalized economy and culture.

“In a way, I was the last product of the ‘old curriculum,’ ” says Kertzer, who received his degree the same year the New Curriculum was adopted. He then returned to teach at Brown for fourteen years, chairing the anthropology department before stepping into the provost’s office last fall. “The curriculum has evolved considerably,” he says, pointing out that it’s hard now to find students who take all their courses satisfactory/no credit, an option that was designed to encourage risk-taking in the absence of core requirements.

Kertzer believes there’s room in higher education for a university like Brown, where students take responsibility for devising their own course of study. But not all students can handle that freedom. “The basic notion of one such place is good,” he says, “but this curriculum is not for everyone. I wouldn’t want to see vast numbers of American universities go this way.”

Bergeron says she hopes to learn more about how students receive academic information. “Do they know all of the opportunities available to them?” she asks. “We have 1,200 courses per semester.”

Another issue on her radar screen is the role of multiple concentrations. “We have a lot of double- and triple-concentrators,” she says, questioning whether this is the best way for students to indicate depth of interest in more than one field. She says she hopes the task force will also clarify the role of a capstone experience at Brown. Honors programs and some concentrations require a final project—a thesis, a sculpture, or a play, for example. If such a requirement is added across all concentrations, Bergeron says, “It should reflect the broad range of entrepreneurial activity here.”

“I spoke with Eliot Maxwell ’68 and Ira Magaziner ’69 about the task force,” Kertzer says, referring to the architects of the current curriculum, “and they noted this is what they envisioned when they designed the curriculum. They feel that every ten years or so the curriculum should be looked at. It shouldn’t be a sacred cow.”

The last major review of the curriculum was in 1990, led by then–Dean of the College Sheila Blumstein. A cognitive and linguistic science professor who has twice served as Brown’s acting president, Blumstein has agreed to serve on the new task force as well. The other members include faculty from a range of academic disciplines, three undergraduates, and members of the dean’s office. The group will start gathering background information and data this summer, Bergeron says. The task force’s Web site is at www.brown.edu/Administration/Provost/committees/tue/.

Kertzer hopes the committee’s work will spark open discussions campus-wide. “If we’re successful,” he says, “there will be lots of student input.”