In her junior year at Brown, Mona Lisa Schulz was standing in line at the Ratty when she suddenly fell asleep. She crashed to the floor, awakening a few minutes later amid the shattered glasses that were on her food tray. 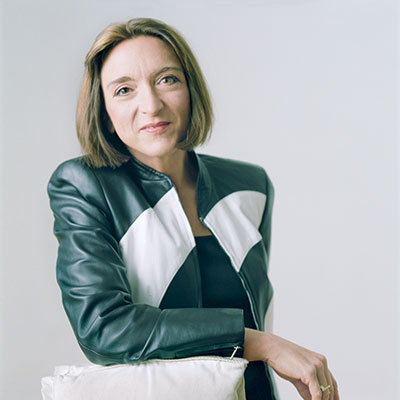 Two weeks after graduating, Schulz was in Portland, Oregon, visiting friends and went for a jog. Again, without any notice, she fell asleep. A truck slammed into her, sending her flying eighty-six feet. She suffered a fractured pelvis, several broken ribs, and a collapsed lung.

By this time, Schulz had been diagnosed with epilepsy and was taking medication to control her seizures. But now it became clear that the drugs were no longer working; worse still, they were destroying her bone marrow, a rare, but known side effect. After two other drugs failed to control her seizures, Schulz went off medication entirely. She decided she was going to handle her medical crisis entirely on her own.

What she learned from this process, Schulz says, was how to listen to her own personal “intuition” and let it guide her along the healing process. She says intuition consists of “dreams, clairvoyance,” and other abilities we associate with psychics, but it lies within each of us. Schulz now works as a “medical intuitive,” fielding calls in her hometown of Yarmouth, Maine, from sick people located around the world.

After learning nothing but her patients’ name and age, she tells them what she thinks is causing their illness, and then instructs them on ways to use their own intuition to make themselves better. For this service, she charges $450 an hour.

“Lots of people think this is a flaky woo-woo subject,” the 46-year-old Schulz says. “But that’s not true. Having hunches and feeling intuition is part of our general decision making process.”

Schulz has an MD and a PhD in behavioral science, both from Boston University. In addition to her medical intuition business, she has her own practice as a neuropsychiatrist. She has written several books, including, most recently, The New Feminine Brain: How Women Can Develop Their Inner Strengths, Genius, and Intuition.

She says that when she is working as an intuitive, she makes callers sign a consent agreement acknowledging that she is neither offering them a medical diagnosis nor acting in her capacity as a physician.

All the same, she insists that what she does as an intuitive is based on solid science and can help many people. “Our brain and body are organized to give us additional roots of knowledge so we can make better decisions about our life and realize our potential through intuition,” she says. “There is a certain area of the brain that’s connected to empathy and bonding and has exquisite connections to the body. This part of the brain helps us produce hunches.”

A typical call to Schulz goes something like this: The client provides his or her name and age, and Schulz, using her powers of intuition, attempts to guess the patient’s disorder. “I say something like, ‘I see redness where your esophagus and stomach come together’ or ‘I see white in the joints of your hands and wrist,’” Schulz says. If the caller says Schulz got it wrong, she acknowledges that she can’t read that person and terminates the consultation.

If she’s right though, then she tries to pinpoint what she calls the “stressor” that is aggravating the caller’s condition. This may be a bad relationship with a boss, conflict with a spouse, a reaction to a certain food in their diet, or financial worries. “The beauty of a medical intuitive reading is not to get a diagnosis, but to figure out what’s behind your symptoms,” Schulz says.

The third part of the process involves helping callers to channel their own intuition in order to ameliorate their suffering. This means listening to their body to identify the thoughts and behavior that aggravate their condition.

In her own life, Schulz says her intuition helped her figure out that she needed to eat a big breakfast and exercise immediately afterwards, reduce her intake of stimulants, and limit the amount of time she spends interacting with people. All these actions, she says, have made her epilepsy much more manageable. Through intuition, “I learned the pattern behind my illness,” she says.

Recently, a woman called Schulz complaining of constant fatigue. It was a “painful reading,” Schulz says, because she realized the woman wasn’t standing up for her own needs and always subordinating herself to her husband. She told the caller, “Women with your pattern of sacrifice and staying in a relationship that doesn’t nurture you gives you an increased risk of a lump in your left breast before menopause and in your right breast after menopause.” A year-and-a-half later the woman called her. According to Schulz, she said, “Because of you I went and got that mammogram. I really appreciate what you did.”