When apartheid ended in South Africa in the early 1990s, restrictions on travel within the country were lifted, making it much easier for young men living in rural villages to find work in the cities and mining towns. Research by Brown epidemiologist Mark Lurie suggests that this migration was a significant contributor to the explosion of the AIDS epidemic there. Today, South Africa has one of the world’s highest rates of HIV infection, with an estimated 5.5 million people living with the disease and 1,000 dying from it daily. 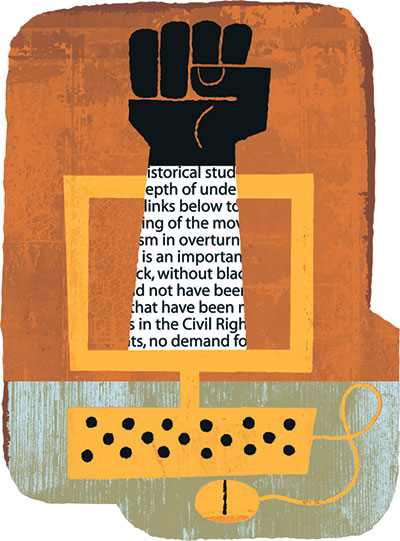 Lurie and his team studied 488 migrant and nonmigrant men and women in the South African province of KwaZulu/Natal, asking them about their HIV status, number of sexual partners, and condom use. The interviews revealed that the migrant workers had an AIDS prevalence rate of 26 percent. It was 21 percent among their partners.

Next, Lurie devised a mathematical model to determine what would have happened if these same people had never migrated in the first place. He concluded that HIV prevalence would have been less than 5 percent among both the workers and their sexual partners.

“While this knowledge comes too late to stop the epidemic in South Africa, it provides a warning for countries elsewhere in Africa and Asia,” says Lurie. “In other highly mobile places, HIV prevention programs need to address increased risk behavior—and do so early, when these efforts can make a difference.”

Lurie’s work was published in the January issue of AIDS.

With the vast frontier of the blogosphere still largely unsettled, Brown researcher Antoinette Pole set out to see how African Americans were faring in this new Wild West, looking specifically at black political bloggers. They’re small in numbers, she found, making up less than one percent of all the political blogs out there. But they’re mobilizing their readers.

Of the twenty black bloggers she interviewed, a majority said they encouraged readers to vote or to register to vote; 40 percent urged their readers to contact elected officials; and 35 percent suggested that readers sign a petition or attend a rally, protest, or march. Several of the bloggers mentioned using their blogs to endorse candidates for office. “I assumed these bloggers were writing about politics and policy issues, but I didn’t realize the extent to which the authors mobilize their readers and use blogs as a conduit for political participation,” says Pole, whose research appeared in the April issue of International Journal of Technology, Knowledge and Society.