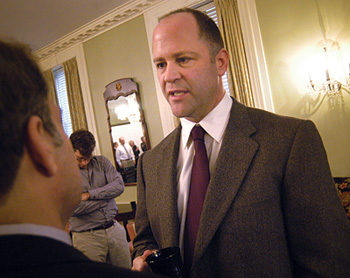 Landmine Survivors Network (LSN) executive director Jerry White ’86 kicked off a daylong seminar on limb-replacement technologies November 29 by recounting how a landmine blew off his lower right leg while he was hiking in Galilee during his junior year at Brown. The mine was a leftover from the 1967 war, he said, before pointing out that landmines wounded or killed nearly a billion people during the last century, 80–90 percent of them civilians. White cofounded the LSN in 1997 to help ban landmines and aid the disabled. In April, St. Martin’s Press will publish his book, I Will Not Be Broken: Five Steps to Overcoming a Life Crisis.
What do you think?
See what other readers are saying about this article and add your voice.