The turnout for the October 7 faculty meeting was notable not only for its size but for the number of top administrators among the usual professorial crowd. Executive Vice President for Finance and Administration Beppie Huidekoper sat in the audience, as did Margaret Klawunn, vice president for campus life and student services. Senior Vice President for University Advancement Ron Vanden Dorpel ’72 AM stood at the back of the Salomon Center auditorium, and Provost David Kertzer ’69 was in his customary seat on stage with President Ruth Simmons. Other administrators were scattered throughout the crowd. 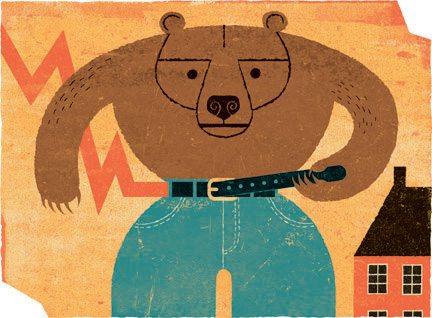 Just a week earlier, Boston University had announced a hiring freeze and a moratorium on new construction projects. That same day news media had reported that the failing Wachovia Bank was limiting access to the $9.3 billion that nearly 1,000 colleges and universities had invested in the nonprofit CommonFund. The lockup threatened the schools’ ability to access huge amounts of cash; some were unable to meet their payrolls.

Long assumed to be relatively insulated from national and global economic swings, universities were clearly exposed to the credit and banking crisis ravaging the U.S. economy. Brown employees worried: Would the University be able to make payroll? Could it help the growing numbers of students whose parents were watching their savings disappear? And just how leveraged was Brown?

“Don’t be spooked by the headlines,” Simmons told the faculty, reassuring them that, among other things, “the payroll process is safe.” Since last spring, she said, Brown has been running risk-assessment models of different financial scenarios, and the University has been closely monitoring its liquidity, putting more assets into cash. “We’re in a good position to deal with this crisis,” she said. She noted that the endowment had earned 6.3 percent last year, making it among the top five or six performers in the country. But don’t expect it to make money this year, she warned.

Simmons told the faculty that the Corporation’s Budget and Finance and Investment committees had met jointly in New York City the previous week, when they had reaffirmed Brown’s commitment to the Plan for Academic Enrichment.

The falling market has hit donors hard, and some Campaign gifts may have to be “rescheduled,” Simmons said, acknowledging that difficult choices lie ahead. Still, she sounded sanguine that recent governance changes will make the process more equitable and transparent. “We’re not making decisions behind closed doors,” she said. “Brown’s principal purpose is to focus on its academic and research mission,” she stressed. “It’s important not to lose our focus.”

A top priority will be ensuring  that students can afford a Brown education. At the faculty meeting, Simmons underscored the University’s commitment to need-blind admission, and two weeks later the Corporation voted to increase the Campaign’s financial-aid endowment goal from $300 million to $400 million.

In an interview, Beppie Huidekoper pointed out that Brown had “expected an increase in families’ financial contributions this year, but that didn’t pan out.” Like the rest of the Ivy League and many other top universities, Brown now waives fees for most families earning less than $60,000. In addition, most students whose families earn less than $100,000 qualify to receive scholarships instead of loans. The past year has seen a huge increase in students’ need: The number of families qualifying for full aid has risen from 284 to 818, and the number of students exempted from loans has skyrocketed—from 143 to 1,479. Forty percent of Brown students receive financial aid, and, of those, 61 percent now qualify to graduate without student-loan debt. Brown’s aid budget has risen to $70 million; hence the new Campaign goal.

November 4, Simmons announced that a hiring “pause” will be in effect through January. Huidekoper said Brown will be extremely conservative about spending: “We aren’t going forward with any gift-funded projects until the money is in.” She predicted that the next wave of need will hit over Thanksgiving break, when families are faced with their December tuition bills. To ease the impact, Provost Kertzer announced that Brown will waive its usual requirement that accounts be paid up before students can enroll for second semester. (For specifics, go to http://financialaid.brown.edu.)

“We’re going to have a year where students are under enormous pressures,” Simmons told the faculty, stressing that students will need good counseling and support as they face a grim job market. “Act as a community should act,” she urged, “with concern.”

Reader Responses to Feeling the Pinch