It was the golden age of advertising.

A seemingly never-ending array of revolutionary products emerged, and clever, witty men devised now-renowned phrases like "three out of four doctors agree" and "space-age technology" to market them. This was the time of snappy commercial jingles and unforgettable marketing slogans."It sits as lightly on a heavy meal as it does on your conscience,"went the ad for Jell-O. "Take a bath in the dark tonight and let the water make love to your skin," urged a spokesman for the Lanvin perfumes and soaps. Commercials were not just a marketing tool; they were an art form. 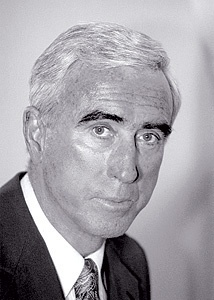 That was the climate in which Donald Creamer and Rob Trowbridge '52 dreamed of building an ad agency as good as any. From their humble beginnings working out of a tiny office in downtown Providence during the 1950s, they grew into the world's seventh biggest ad agency, with more than $400 million in annual revenue. The Creamer Trowbridge Company was responsible for such memorable slogans as "Now, that's Italian" (San Giorgio pasta), "I like the way it looks on me"(Stouffer's Lean Cuisine), and "We've got style" (Sheraton Hotels).

To memorialize these days as well as correct what Creamer believes to be the misrepresentation of the industry on the hit television series Mad Men, Creamer has penned a book, But Wait! There's More! (Maybe). It is as much a memoir as it is an angry diatribe against today's ad companies, which Creamer and his co-author Jim Baar say have ruined their beloved business. Baar began working for Creamer in the 1970s,and the two share a dismay about what's happened to the profession in the age of advertising conglomerates. "I have a fondness for the business, and I think it's being led to ruin by the mega-agencies," he says. "They have no interest in advertising. They only care about money."

What's gone from advertising, Creamer insists, is creativity. Back in his day, ad men were regarded as artists, he says. "I was treated somewhat like a celebrity," says Creamer, who now lives in Warwick, Rhode Island. "It was advertising, creativity, Hollywood. It had that kind of aura." Creamer says he encouraged his staff to innovate. They spent long days brainstorming. Ad men "had a lot of freedom to express themselves," he says. 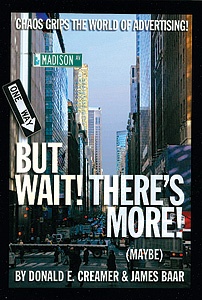 But such freedom didn't mean drinking in the office or chasing after secretaries, he insists. This is how the ad men in the show Mad Men behave, and Creamer says, "It didn't happen that way. It didn't happen that way at all." He may have had an occasional martini at lunch, he says, but "there was never drinking in our offices. If I'd seen ladies and men on my staff carrying around like they do on the show, I would have fired them."

Creamer got out of the business in the mid-1980s, selling his company to a British agency for $64 million. By that time, he says,"creativity was going down the drain" in the industry. Several large companies were gobbling up all the smaller ones in a merger frenzy that, according to Creamer, turned ad men into ordinary busy-bee workers and their bosses into bean counters. Creamer believes there has been a huge fall-off in the quality of advertising in the last few decades. "Instead of creative people working on behalf of a client, you have clients buying something," Creamer says. "We used to talk about admen as people, not agencies or machines."

But Creamer is not entirely without hope. He thinks the big ad agencies have become too bureaucratic and tradition-bound to fully grasp the importance of the Internet, where small agencies with younger employees are now popping up to fill in the gap. "A rebirth of the advertising industry is still possible," he says.

Reader Responses to He’s Got Style