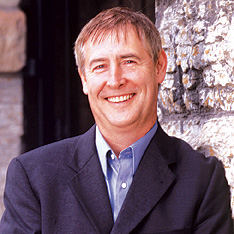 Hill is the president of Sensory Logic, a consulting firm based in Minneapolis, Minn., that helps companies assess the effectiveness of such things as their marketing strategy, store environment, packaging, or advertising campaign. Lots of consultants do this kind of work, but Sensory Logic takes an unusual approach. It studies customers' "facial coding," the facial movements that can reveal their emotional state.

Hill and his colleagues put prospective customers in front of a computer, show them an advertisement or a product, and then film their facial reactions with a webcam. Relying on research developed by psychologist Paul Ekman at UC San Francisco, the company's employees then analyze the results. Pulling the mouth wide, for example, indicates fear. Raising the upper lip suggests disgust. Narrowing the eyes means anger.

Buying decisions, Hill says, are seldom rational. In recent years, he asserts, brain science has shown that such decisions are rooted in our emotions much more so than any kind of rational thought process. What consumers say they are thinking is a less reliable indicator of their response than the unconscious movements of their faces.

"The new verdict," Hill says, "is that the decision-making process is largely intuitive and subconscious and emotive. The good news for me was that businesses hadn't been really aware of this."

Sensory Logic opened in 1998 shortly after Hill had earned a master's in poetry writing at Brown and then a PhD in English literature from Rutgers. Like creative writing, he explains, "advertising is a form of communication—just for a commercial purpose. It's all about how do you reach the head and heart of someone—particularly the heart?"

Over the years, Hill has analyzed customers' faces for car companies, Kraft food products, and numerous retailers. Once, by observing the repeated upper-lip wrinkling and nose scrunching of test respondents, Hill determined that a car company's marketing strategy wasn't effective.

"What we were seeing was disgust," Hill says. "The lip movement was an effective way of trying to protect the mouth, and the nose moved because it literally or figuratively smelled something bad. The people really kind of thought the advertisement was emitting a stench because it bored them and boredom is a low-grade version of disgust."

Several years ago, he worked with Goodyear on television ads it had set in Siberia and Africa to highlight the ruggedness and durability of their tires. Based on test subjects' facial reactions, Hill determined that Americans, with their limited knowledge of geography, weren't being moved by the ads. "How fast your car moves and how many extra baubles it has on it is more important to people than the environment," says Hill. "It's me as opposed to we. That might be a little dark, but it's human nature."

Hill, the author of the 2007 book Emotionomics: Leveraging Emotions for Business Success, now makes regular appearances on TV news shows, offering insight into what political candidates are really thinking. He observed Republican presidential candidate John McCain during the debates and was struck, he says, by "how often McCain showed anger in the face. The lips would tighten and press together with the eyes narrowing into snake eyes. He had a genuine antipathy towards Obama."

By contrast, Hill says, Obama "has a great true smile. With a true smile you get the twinkle in the eye because the muscle around the eye relaxes." Hill's 2008 book, Face Time, discusses the ways in which the two candidates used images and messages to affect people emotionally.

Sensory Logic is now working to have computers read faces by analyzing facial gestures on digital film. Despite what he feels is a breakthrough in reading people's minds, Hill recognizes that his analyses can never be certain. "Human beings are endlessly complex," he says. "Even when we know what they're feeling, we don't know why."