In August of 1971, President Nixon announced wage and price controls to fight spiraling inflation and officially took the U.S. dollar off the gold standard. Up until this time, network news covered the economy mainly by recording the ups and downs of the stock market. It was thought that complicated concepts like the consumer price index and Keynesian economic theory couldn't be translated into exciting visuals for the TV audience. 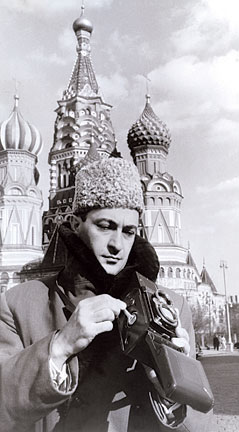 Irving R. Levine would come to prove this assumption wrong. As the first-ever network news correspondent focusing full-time on the economy, he found visually compelling ways of relaying dry statistics and helped Americans to understand the connection between technical economic terms and their own pocketbooks.

"Irving R. Levine was a global figure in the formative years of television news, and his legacy is with us every day," NBC News, where he worked for over three decades, said in a statement after Levine's death from prostate cancer at age 86 this March in Washington, D.C. In 2000, the BAM named Levine one of the 100 most influential Brown alumni of the twentieth century.

Levine was known as much for the style as the substance of his broadcasts. Though it had long gone out of fashion, he always wore a bow tie on-air. His delivery was slow and frequently dry, befitting the serious nature of the subject he covered. He also insisted on signing off as "Irving R. Levine," always including his middle initial. At one point, NBC producers asked him to leave out the initial so they could shorten the broadcast. Levine reportedly told them "No, I'd rather drop the B in NBC."

Levine began his journalism career writing obituaries for the Providence Journal-Bulletin. In the early 1950s, he covered the Korean War for NBC and the old International News Service. He went on to score a coup in 1955 when he became the only U.S. television correspondent with a visa to work in the Soviet Union. He spent much of the 1960s in Europe and then returned to the United States to cover the economy.

Up until this time, the networks eschewed economic news coverage because it didn't lend itself to visual images. Levine changed this, "focusing," as he wrote in a 1971 article in TV Guide, "on illustrative examples of problems." He reported on the significance of rises in the consumer price index by covering one individual family's struggle to make ends meet. To illustrate trends in foreign investment, he filmed a Japanese-owned soy sauce factory in the U.S. heartland. All commonplace today, but groundbreaking when Levine did it.

After retiring from NBC in 1995, Levine became dean of the College of International Studies at Lynn University in Boca Raton, Florida. Until the very end, he continued to wear his bow tie.

His is survived by his wife, Nancy, three children, and three grandchildren.