As Brown students, Tatiana von Furstenberg '91 and Francesca Gregorini '90, below right, found that one of the things they had in common was boarding school; they've revisited that shared experience in Tanner Hall, which they shot in Rhode Island. In the shot below, the filmmakers block out a make-up scene in a school bathroom. The story follows a group of teenage girls, above, as they are jolted out of innocence by callous adults and a manipulative newcomer who sets the friends against one another. The movie premiered in competition at the Toronto International Film Festival September 14. 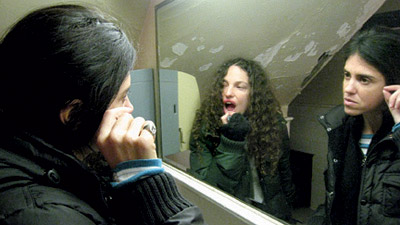 Film Co. credit
Tatiana von Furstenberg and Francesca Gregorini block out a scene during the shooting of their film. 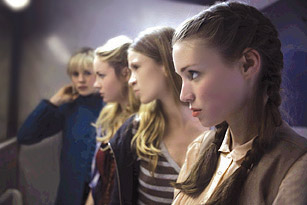 As the scene appears in Tanner Hall.
What do you think?
See what other readers are saying about this article and add your voice.