Are You a Genius?

In his new book, The Genius In All Of Us: Why Everything You've Been Told About Genetics, Talent, and IQ Is Wrong, best-selling author David Shenk takes issue with the traditional view of intelligence as the sum of a person's genes and environment (G+E). Under this paradigm, he writes, environmental influences act on genes that are already set. In the new model Shenk describes in his book, "genes express themselves strictly in accordance to their environment. Everything that we are, from the first moment of conception, is a result of this process." Genes only suggest a direction rather than determine it. G+E should be revised to GxE. 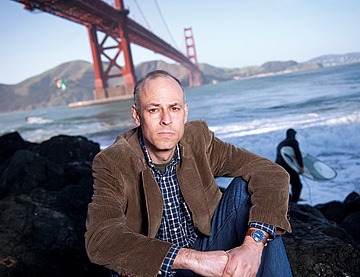 Heidi Schumann
David Shenk says the interplay between genes and environment determines intelligence.
BAM Do you believe we focus too much on whether we're shaped by our biology or by our environment?

DS We need to get past the nature-nurture debate. I'm not making this crazy 1970s argument that we're all blank slates, that we all have exactly the same potential, that genetic differences don't matter. They do matter. You've got genes that are going to give you a certain range of height, or a certain range in the color of your eyes, and a certain range of your intelligence. But we can't say that there's this separate nature that just does its thing separately from nurture. The genes literally do come first, but the way the genes act, their influence, actually doesn't take place before they interact with their environment. Everything is dependent upon this interaction.

BAM But don't genes make up our hard wiring?

BAM So how do they interact?

DS Turns out we actually can do stuff about our nature. There's a new type of science called epigenetics, which looks at how environmental factors like nutrition and nurturing can affect how genes will be expressed in our children and even our grandchildren. And our brains, which people often assume are hard-wired, can actually be dramatically altered by the skills we learn in life.

BAM So your environment can actually cause your genes to flourish?

BAM Do you intend your book to be a pep talk for parents?

DS Parents, yes, and also—I don't have small ambitions for this book—to make the world a better place. To dispense with these notions about how we're being held back by biology, which is just wrong. Partly because of philosophy, partly because of resources, a lot of people never imagine that their potential is much higher than whatever their current level is. Since I'm not a scientist, since I'm a "word guy," what I can do, hopefully, is help influence the culture— how we think about this—through the words that we use.

BAM Has your research changed the way you raise your kids?

DS I've always had this conflict: I want to raise kids who are really, really good at stuff and have the kind of passion that I have for some of the things in my life. I certainly want my kids to have the sense that their potential is enormous, and that they don't really know what that potential is until they just push it and push it and push it. But the other side is, I want to raise kids who are content with themselves and enjoy themselves in the world and are not desperately unhappy. I think those things can really be in conflict with one another.

BAM So don't let other people tell you what you can and can't achieve?

DS If people have an idea of a fixed amount of ability, when they don't do well at something, they think, "That's what I am." "I'm not a fast runner." "I'm really good at math, but I'm not very good at spelling." The people who understand that those things are malleable have the opposite reaction. They hit a limit, and then go, "Oh, so I'm not very good at that yet."

BAM Are you saying that all people are born with the same potential ability?

DS No, I'm not saying that. There are people who are smarter than others. We will always be a great world of difference in every way, in ability, aesthetics, taste—everything. And I don't think we'd want a world where everyone is achieving the same level. Differences are good, and different abilities are good, too. What I am yearning for is a world where people realize fundamentally that their true inner potential is enormously high.

Reader Responses to Are You a Genius?