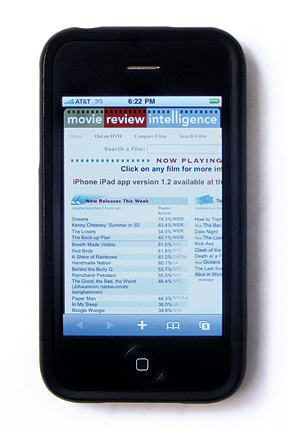 Frank Mullin
Analysis and tallies abound on MovieReviewIntelligence.com.
Confused by contradictory reviews of new movies? The website moviereviewintelligence.com could be your savior. Created by longtime movie executive David A. Gross '79, the site gathers reviews from all over and then analyzes and tallies them. After Tim Burton's Alice in Wonderland opened this winter, for instance, you could see that it received 64.3 percent positive reviews, but that they were somewhat mixed. Highbrow media—think NPR, the Wall Street Journal, and The New York Times—were less enthusiastic (48.7 percent positive) than such publications as People and Time (68.9 percent positive). After a decade of research, Gross launched the site in 2009, and it's now available as an app for the iPhone or iPod Touch. Gross says it's the site he craved when he was marketing movies.
What do you think?
See what other readers are saying about this article and add your voice.