For a long time women undergoing treatment for ovarian cancer have had to worry that the eggs they freeze beforehand might not be successfully thawed and viable several years later. If this happens, and the chemotherapy or radiation treatment permanently damages the patient's ovaries, she becomes infertile. 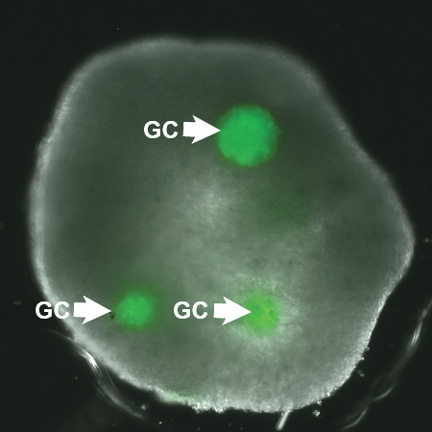 Professor of obstetrics and gynecology Sandra Carson believes she has come up with a more effective egg-thawing method. Simply put, it involves creating an artificial ovary. To do this, she and her fellow investigators, including Associate Professor of Medical Science and Engineering Jeffrey Morgan, coaxed two types of ovarian cells—theca and granulosa—to combine with egg cells into a three-dimensional structure.

It's not that Carson, Morgan, and their third collaborator, Houston fertility doctor Stephan Krotz, built an actual ovary. Rather, they figured out how to replicate the cellular structure of an ovary in a Petri dish. The idea is that if you drop a recently thawed egg into this culture, it will mature much the way an egg does in a real ovary.

This artificial ovary may have uses beyond egg fertility. Though the technique still needs to undergo thorough testing, Carson says it may allow scientists to observe ovarian cells becoming cancerous in the Petri dish, potentially offering insight into how to stop the process. It might also be possible to introduce environmental toxins into the artificial ovary to see how they affect and damage normal egg development. Finally, new drugs could be tested to see how they interact with egg cells inside an ovary.

Carson is cautious. She says there are still many uncertainties around the technique. The research into using the approach to study cancer and new drugs hasn't even begun.