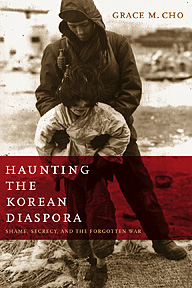 Haunting the Korean Diaspora: Shame, Secrecy, and the Forgotten War by Grace M. Cho '93 (Minnesota). In Korean, yanggongju translates "Western princess," but it's often used as a slur: "Yankee whore" or "GI bride." Since the Korean War, 100,000 Korean women have married GI's, a practice stigmatized in Korean culture. Cho's mother, a schizophrenic, was one of those brides. Cho cites the psychoanalytic theories of Nicholas Abraham and Maria Torok, arguing that one generation's secrets get passed to the next via "taboo words," which, unspoken, become "ghosts" in the unconscious. Cho's ghost was yanggongju. The American Sociologist named this 2010's best book on Asia and Asian America. 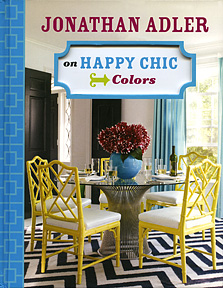 Happy Chic: Colors and Happy Chic: Accessorizing by Jonathan Adler '88 (Sterling). Design guru Adler shares his philosophy (and pictures of his houses) in two cheery guidebooks. Adler's a fan of tasteful, rigorous design, but too much can be heartless. "Where's the joie de vivre?" he writes. Chic, in turn, can be "cold and cruel." His recipe for success? Ninety-five percent chic plus five percent happy. A few of Adler's axioms: Your home should make you happy. Minimalism is a bummer. And handcrafted tchotchkes are life-enhancing. 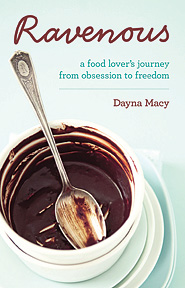 Ravenous: A Food Lover's Journey from Obsession to Freedom by Danya Macy '83 AM (Hay House). The daughter of a former model and an emotionally abusive father, Macy spent decades sating her yearnings and fending off fears with olives, sausage, chocolate, and cheese. Here she faces her obsessions head-on, visiting farms, cheese makers, a "humane" slaughterhouse. She fasts. She bakes brioche. She practices yoga. What she seeks and ultimately finds is balance.

How to Be a Writer: Building Your Creative Skills Through Practice and Play by Barbara Baig '71 (Writer's Digest).

Advancing the Ball: Race, Reformation, and the Quest for Equal Coaching Opportunity in the NFL by N. Jeremi Duru '95 (Oxford University).

Choose Your Story, Choose Your Life: Tell Your Best Story to Create Your Best Life, and Learn the One Question You Must Ask! by Dean Erickson '82 (Bionic Publishing).

What Caused the Financial Crisis, edited by Jeffrey Friedman '83 (University of Pennsylvania).

Into the Sky with Diamonds: The Beatles and the Race to the Moon in the Psychedelic '60s by Ronald P. Grelsamer '75 (Hey Bulldog Press).

All Things Shining: Reading the Western Classics to Find Meaning in a Secular Age by Hubert Dreyfus and Sean Dorrance Kelly '89 (Free Press).

Carolina Cottage: A Personal History of the Piazza House by Margaret Ruth Little '72 AM (University of Virginia).

Pinks, Pansies, and Punks: The Rhetoric of Masculinity in American Literary Culture by James Penner '95 AM (Indiana University).

Conflicts of Interest and the Future of Medicine: The United States, France, and Japan by Marc A. Rodwin '77 (Oxford University).

Engineering Nature: Water, Development, and the Global Spread of American Environmental Expertise by Jessica B. Teisch '94 (University of North Carolina).

Creating the Nazi Marketplace: Commerce and Consumption in the Third Reich by S. Jonathan Wiesen '92 AM, '98 PhD (Cambridge University).

The Oracle of Stamboul by Michael David Lukas '02 (HarperCollins).

June and the Raven King by Stephen Chambers '08 (Sourcebooks).