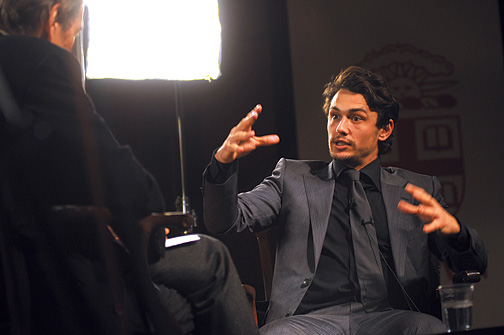 An overflow crowd poured into the De Ciccio Auditorium April 22 to see broadcast journalist Charlie Rose interview James Franco about his life, philosophy, and film career. The event was part of this year's Ivy Film Festival, which brought filmmaker Aaron Sorkin to campus the following day. The Franco interview was videotaped to run on The Charlie Rose Show.
What do you think?
See what other readers are saying about this article and add your voice.