Girls from the South

For her doctoral dissertation, historian Marcia Chatelain ’03 AM, ’08 Phd wrote about the experiences of African American girls in Chicago as blacks migrated northward from the South during the first half of the 20th century. Next year, Chatelain, now an assistant professor at Georgetown University, will publish her first book, Southside Girls: African-American Girlhood in Chicago 1890–1950. 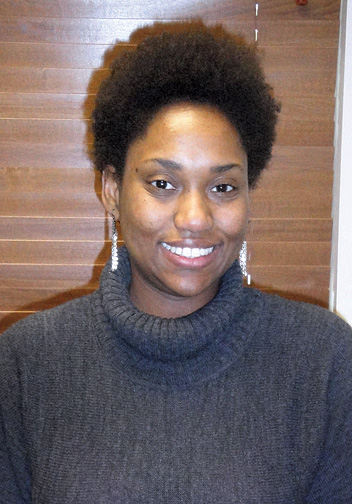 Chatelain's next book is about the role of dining out in the civil rights movement.
BAM Where did the inspiration for Southside Girls come from?

CHATELAIN I grew up in Chicago during a time when I saw many of the national African American organizations concerned about boys. Girls were often ignored. I wanted to write about how African American communities in Chicago managed girlhood. This story is meant to show that the way people talk about girls is indicative of not only the things that are the most important to them, but also the things that scare them the most.

CHATELAIN It was a period when adults were concerned about the potential of young women to make a difference in their communities. Black women really emerged as advocates for girls. The organizations devoted to girls became places where girls could reconsider their possibilities for the future, and places where women could challenge the notions of gender and place in community. This type of advocacy work created a mutually beneficial relationship for females of all ages.

CHATELAIN There were a number of organizations working on this at the time. I write about a few, including a girls' industrial school where African Americans were trained for domestic labor, a Black Nationalist religious group, and the Alpha Kappa Alpha sorority's Chicago alumni chapter, which provided vocational guidance for young African American girls. There was Chicago's African American Camp Fire Girls, which provided outdoor education for young African-American girls, despite considerable discrimination.

BAM What's next for you?

CHATELAIN I'm working on my second book, which looks at food and the civil rights movement. I'm looking at the importance of dining and restaurants to African American history and culture, beyond the lunch counters of the civil rights movement, as well as why the ability to participate in the public act of dining in a restaurant becomes so vital to African Americans' understanding of their own rights as consumers and citizens. It's a book not about what food is being eaten, but about where it's being eaten.

Reader Responses to Girls from the South