Hey, All You Hippies 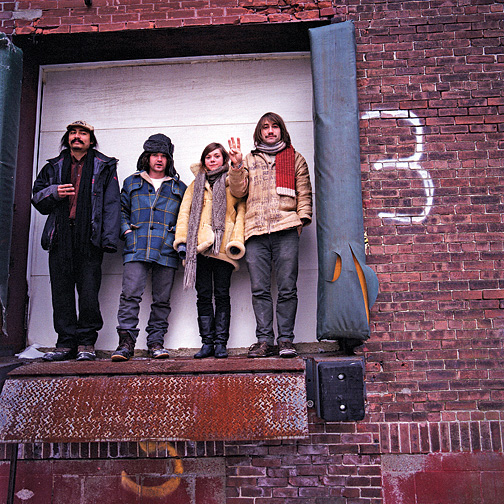 Ryan Mastro
The Low Anthem on the loading dock of the factory where they produced Smart Flesh: Jeff Prystowsky, Mat Davidson, Jocie Adams, and Ben Knox Miller.
In the winter of 2009, the band's four members—Jeff Prys-towsky '06, Jocie Adams '08, Ben Knox Miller '06, and Mat Davidson—began recording in the 40,000-square foot second floor of a factory in Central Falls, Rhode Island, the place where former

Providence mayor Buddy Cianci once produced his Mayor's Own marinara sauce. The enormous, brick-walled, high-windowed space gave the band freedom to set up room mikes hundreds of feet away and capture both the boomy resonance of the sound rushing out and the floorboard creaks beneath their feet. The sound of the building is what helps give Smart Flesh its strange and haunting unity.

This is the Providence-based band's third album and the follow-up to 2009's Oh My God, Charlie Darwin, which they recorded in an empty summer cabin on Block Island during the winter of 2008. Like Charlie Darwin, Smart Flesh is a tricky-to-pin-down collection of American songbook tunes. There's the anthem-like stomp, "Hey, All You Hippies"; a spooky, bemused lament, "Ghost Woman Blues"; the hymn-like "Golden Cattle"; and then "Burn," a swooping, sad, classically infused clarinet trio.

As is common in Low Anthem songs, many of these contain an unsettling swerve halfway through—the alien but lilting musical saw that rides in over the top of the waltzing "Apothecary Love" or the television chatter rolling around behind the spare, plucked banjo on "I'll Take Out Your Ashes." Moments like these can make you think twice about a song and pull you back for another listen. 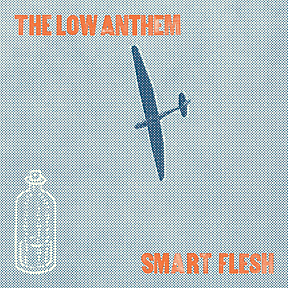 These songs feel both vast and intimate—a result of the factory's sound. To keep the space from taking total control, the band later recorded three tracks in a small cement garage in Providence. Those songs have a looser, sharper feel.

Since the release of Oh My God, Charlie Darwin, the band has played with Emmylou Harris, the Avett Brothers, and the National. They've appeared twice on Late Night With David Letterman and have played the Grand Ole Opry and the American Songbook Series at Lincoln Center. This spring they're off to Europe before touring with Iron and Wine. And next summer they're set for stops at Bonnaroo in Tennessee and the Green Man Festival in Wales. Busy times for parlor music.

Reader Responses to Hey, All You Hippies