Despite claims or hopes that Obama’s presidency might usher in a new post-racial era, research by assistant political science professor Michael Tesler shows the opposite has happened—race now influences Americans’ political opinions more than at any time in the last two decades. “We should be calling it the most racial age, not post-racial,” Tesler says. “Race is back big time.” 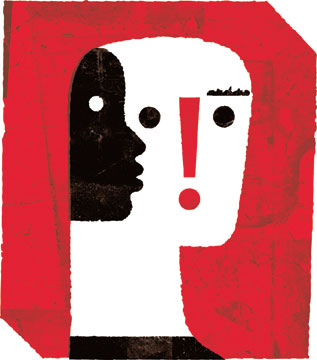 Tesler analyzed multiple polls going back to 1988, the earliest data available. He found that, in influencing voting patterns, race today plays twice the role it did in the 1980s. According to Tesler, the issue of race tailed off in influence in the 1990s as racially charged issues such as affirmative action and welfare reform were either dealt with or faded from the national agenda.
But with Obama’s election, the trend reversed itself. It’s not anything in particular that Obama did, Tesler says. It’s just his visibility and status as the country’s first African American president. Voters’ “opinions of Barack Obama are heavily tinged by racial attitudes, so anything he does gets this race spillover effect,” he adds. “Racial attitudes become extremely accessible when the public looks at him.”

In a study published earlier this year in the American Journal of Political Science, Tesler looked at the role of race in shaping the debate on health care. He polled more than 3,000 people, asking them what they thought of the government’s plan to achieve universal health care. With one group, the plan was attributed to Obama—with another, to President Clinton.

Tesler says he can’t be sure whether the current level of racial polarization will mark a permanent change in American politics. Other political scientists have studied the impact when black Americans are elected mayor and found that race’s influence spikes at the beginning of the administration, but then falls off if the mayor proves able to build a bipartisan, multiracial coalition. But that’s an area where Obama hasn’t had much success, and given today’s political climate, he’s not likely to anytime soon.

Reader Responses to The Unbridgeable Divide