As a Brown junior, Timothy Snyder ’91 attended a lecture by the late New York University historian Tony Judt on post-Holocaust anti-Semitism in Poland. Afterwards, Judt invited Snyder and another student to lunch. “I thought it was very generous of him to be talking to these two kids,” Snyder recalls. He doesn’t recall much, except that Judt encouraged him to become a historian. “Nice work if you can get it,” Judt said. 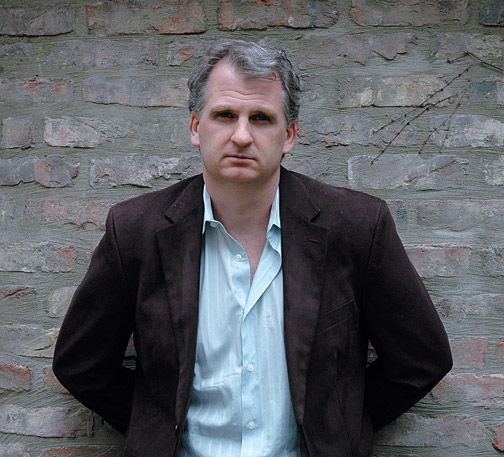 Ine Gundersveen
Timothy Snyder's latest book is a collaboration with the man who encouraged him to become a historian.
In 2009, Snyder and Judt met again, this time in Judt’s apartment in New York City. Snyder was by then a well-known historian in his own right, with four books on Central and Eastern Europe under his belt. He would soon publish Bloodlands: Europe Between Hitler and Stalin, which upended decades of scholarship and thinking about mass murder during World War II.

Meanwhile, Judt had only grown in stature and prestige. He was the founder and director of NYU’s Remarque Institute, the author of the classic Postwar: A History of Europe Since 1945, and a prominent public intellectual on the left. He was also dying. In late 2008, when he was sixty years old, he was diagnosed with amyotrophic lateral sclerosis (ALS), or Lou Gehrig’s disease. By the time he and Snyder met, he’d lost the use of his arms and would soon be paralyzed from the waist down.

At their meeting, Snyder proposed that he and Judt —who could no longer write by himself—coauthor a book through conversation. “I wanted Tony to work,” Snyder explains. “I wanted him to be engrossed in something else besides his physical needs.” The two scholars met for several hours on Thursdays. “One week he was still walking, the next week he was not,” Snyder says. “One week, he was breathing on his own, the next week a machine was doing it for him.”

It was during this time that Snyder was working on his own book Bloodlands. The title refers to the lands in Eastern Europe—Poland, Ukraine, Belarus, the Baltic states, and western Russia—where the great majority of both Stalin and Hitler’s victims lived. Snyder argues in the book that the Holocaust has too often been seen as a Western European event, with the German concentration camp Auschwitz the great symbol of Hitler’s butchery. Snyder points out that most Jews died not at concentration camps but out in the open during mass executions carried out by Nazi soldiers. And, because Stalin was also targeting the Bloodlands’ inhabitants (Jews and non-Jews) for extinction at the same time, Snyder said both men’s butchery should be considered together as one of the most violent assaults on a civilian population in the world’s history, an assault that left more than 14 million dead.

“As an American,” Snyder says, “I had the Holocaust filed in one area in my mind and the Soviet terror in another.” But if you’re from Eastern Europe, he argues, “You simply can’t think that way.” Bloodlands won numerous awards and established Snyder as one of the leading historians of his generation.

Snyder finished transcribing his discussions with Judt several months before the older historian died in August 2010. Reading the book, Thinking the Twentieth Century, is like eavesdropping on the kind of conversation you always imagined academics having. It’s erudite, littered with the names of big thinkers and artists, and replete with flashes of brilliance: two preeminent historians taking an intellectual journey. They talk about the French socialist left in the 1930s, about Judt’s Jewish immigrant upbringing in England, and about the complicity of liberal thinkers with the Iraq War. Best of all, they speak in plain, basic English, free of the jargon that often afflicts academic discourse.

Earlier this year, Snyder became the Bird White Housum Professor of History at Yale. He is working on another book about the Holocaust, and a biography of Karl Marx. With his essays now appearing regularly in the New York Times, The New Republic, and the blog of the New York Review of Books, he is following in Judt’s footsteps, becoming ever more the public intellectual. He sees that role in much the same way Judt did—to speak the truth when others fall silent.

More information on Bloodlands: Europe Between Hitler and Stalin can be found here.