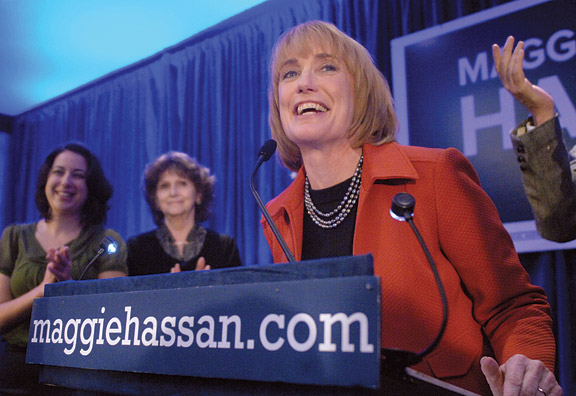 Mark Bolton/Union Leader
Maggie Hassan '80 will be New Hampshire's first female governor.
New Hampshire voters elected Hassan, a former state senate majority leader, to fill the seat vacated by John Lynch, who had served since 2005. Arguing that education is key to job creation, she vowed to reverse the New Hampshire legislature’s $50 million cuts to the state university system. “For our families and our state to thrive in the future we must come together to make New Hampshire an innovative, job-creating state with the best economy and best workforce in the nation,” Hassan told her supporters.  Meg Hassan ’15 campaigned hard for her mom, says  proud husband and father, Thomas E. Hassan ’78, principal of Phillips Exeter Academy in Exeter, New Hampshire. 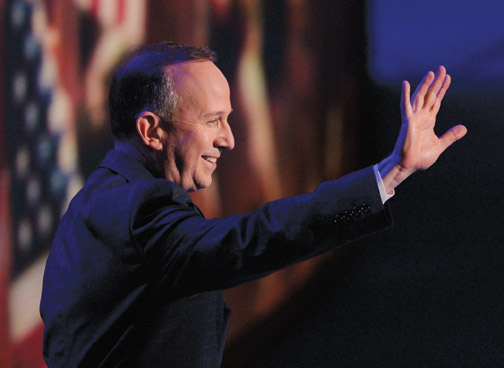 Kevork Djansezian/Getty Images
Delaware's Jack Markell '82 at the Democratic National Convention.
Delaware’s Markell, who chairs the National Governors Association, took more than 70 percent of the vote. Having started his career in business (he was the thirteenth employee of Nextel) and banking, he served three terms as Delaware state treasurer. In his first term as governor, he balanced the state budget despite inheriting an $800 million deficit, and he signed legislation to reduce the state’s energy consumption 15 percent by 2015. He also abolished the state’s controversial student testing program.

Both Markell and Hassan have strong reputations for bipartisanship, which both stressed in their acceptance speeches. “Tonight we celebrate, but tomorrow we get to work,” Markell said. “Tomorrow we put our partisan battles aside and we work together.” He reminded his staff, “Remember, we represent every Delawarean, no matter their party and no matter whether they voted for us.”